So, you want to list your law firm on the stock market?

By Jonathan Thornton, managing partner of Russell-Cooke and head of the corporate & commercial team 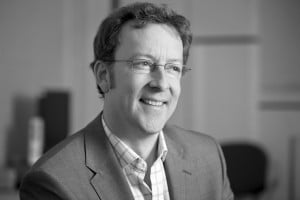 Thornton: the English law firm culture is probably one of, if not the, most ‘corporate’ in the world

The headlines sound marvellous to hard-pressed law firm partners (don’t all weep tears of sympathy into your beer): “Gateley partners to share £25m”.

Wow. An exit route and, what’s more, a means of realising a goodwill value for your practice, as well as the return of your capital.

What law firm partner could want more? Well, the substance, of course, is probably far removed from that glossy appearance, or at least a good deal more complicated.

The list of issues is long. Not all law firms (in fact very few of them) are suitable for a listing given the nature of their practice and the profits they generate. Even those that might superficially be suitable will be subject to lengthy and costly due diligence to affirm that suitability. Many will fall by the wayside when that process happens.

The history of professional practices on AIM and its predecessors is not a happy one. Where now are Vantis, Numerica and Tenon, the listed accountancy firms once launched with such a fanfare? “Fear not”, we are told. Those were flawed models. This is different.

‘People’ businesses are notoriously hard to value and that value is in turn prone to evaporation. It is not for no reason that trade buyers of people businesses invariably only pay most of the consideration by earn-out over a period of several years to try to ensure that the value of the business does not disappear to the four winds.

The £25m figure undoubtedly conceals a more complex underlying picture. The value of the shares at listing may well be of that order. But the Gateley partners are locked in, for five years reports suggest, with no or only limited ability to realise the notional value of the shares they hold during that period. Even when they are able to do so, the need to maintain an orderly market will restrict that ability. And a lot can happen over five years.

You don’t have to speak to many solicitors in merged or restructured law firms to discover that the reality of life beneath the new corporate surface is rarely smooth or untroubled. There’s nothing new in that, and Gateleys may well be the honourable exception that proves the rule (I have no direct knowledge of them), but the point is that many law firms simmer with politics and egos: the different elements of merged firms continue to operate in quite different ways long after the surface change; partners do not easily submit to any rules at all, let alone those of a listed company, and certainly not to rules that the partners haven’t chosen themselves.

Whether that is better managed in a corporate context is a nice question. There will be some who argue it will, and they may have a point. But the risk is just as much that, with key personnel deprived of partner status; forced into a corporate straitjacket, and deprived of the freedom of management and manoeuvre which has enabled them to function, that the web of relationships that makes most law firms tick is strained to breaking point.

The argument is that professional service provision is no different to any other business and that the pseudo-gentlemanly facade which still pervades it is anachronistic and needs sweeping away and replacing with modern corporate structures and methods of finance.

If you were starting with a blank page, that might well be right and law firm culture and management is far from being a broad sunlit upland. But we are not starting with a blank page. The English law firm culture is probably one of, if not the, most ‘corporate’ in the world. That might suggest we are most suitable to start out on this new course. Or it might give pause for thought about whether we have pushed the boundaries far enough this way already.

When all is said and done, a listed law firm patently has access to sources of capital previously closed to it. And capital means opportunity. But a listed law firm will also be saddled with far greater levels of governance, and hence cost, than the traditional law firm model. The former partners and their corporate owners will be answerable to their shareholders and the market, not to other partners.

The vicissitudes of business performance that can be ridden out by a more conventional model will be exposed to the cold light of the market analysts who will track the company’s performance. Someone controlling a business which uses someone else’s money does not have the freedom of action of someone whose business uses their own and their partners’ money.

All law firms build up their lock-up as they grow, as many have found over the last two years. That doesn’t trouble a conventional approach to accounting but as anyone involved in law firm management knows only too well, recorded time is the most imprecise of guides to future levels of billing, and billing is not as reliable a guide to future cash collection as you might imagine. A lack of focus on cash is behind many law firm travails of recent years.

With a substantial injection of capital and high levels of borrowing while the market is enthusiastic and capital is chasing returns in a low interest economy, a listed law firm may thrive for some years. The test will come when the next property crash arrives, borrowing remains stubbornly high, staff turnover grows and client goodwill proves increasingly transient.