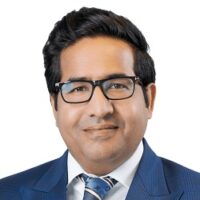 On 18 August 2021, in Pakistan International Airline Corporation v Times Travel (UK) Ltd (Appellant) [2021] UKSC, the Supreme Court unanimously held that economic (or lawful act) duress does exist under English law.  However, this judgment undoubtedly represents a narrow interpretation of the scope of the doctrine and confirms a very high threshold for proving economic duress.

This is the first time that the Supreme Court has ever considered the doctrine of economic duress and its key elements. The decision may be considered conservative and narrow for those relying on economic duress to rescind the contract, yet the judgement is clear in scope and applicability. Although this decision applies to a travel agency relationship, it is relevant to several commercial relationships, such as franchising and distribution, financial sector, settlement agreements and disclosure agreements in employment law.

Following this judgment, we’re likely to see more thrashing out of good and bad faith in relation to economic duress in contractual disputes (the current Post Office case is debating this legal point), particularly given the current economic situation where businesses are seeking to recover losses from the pandemic.

The appellant, Times Travel UK Ltd (TT) was a travel agent of Pakistan International Airline Corporation (PIAC) selling tickets for Pakistan from his family-owned business. PIAC sent a notice of termination following a dispute over unpaid commission which ended their appointment and reduced their quota for the tickets. At the same time, PIAC offered TT a new contract, the terms of which required TT to waive all claims for commission it may have had against PIAC under the previous agreement.

TT accepted the new terms to avoid closure and then tried to rescind the contract for economic duress and to recover commissions due under the previous contract. The High Court found that TT was entitled to do so but its decision was overturned by the Court of Appeal, which held that economic duress could not be established, as it decided that PIAC had used lawful pressure to achieve an outcome which it believed, in good faith, that it was entitled to, since PIAC genuinely considered that TT is not entitled for commissions.

The Supreme Court unanimously dismissed the appeal. Lord Hodge gave the leading judgment, with which Lord Reed, Lord Lloyd-Jones and Lord Kitchin agreed. Lord Burrows gave a dissenting judgment, in which he agreed with the outcome but disagreed with the majority’s analysis in one respect.

Everyone was unanimous on the following points which were set out by Lord Burrows:

It is difficult to envisage a situation where demand would be lawful yet the pressure will be considered as illegitimate in commercial dealings. The Supreme Court was minded to emphasise on the importance of certainty in commercial dealings and accepted that an inequality of bargaining power is not recognised in English law. There is also no general duty of good faith in contractual dealings. Hence any hard nose negotiations to use your commercial leverage is allowed.

The court also ruled that “the boundaries of the doctrine of lawful act duress are not fixed and the courts should approach any extension with caution”.  The court itself identified just two circumstances where economic duress has been applied to date which are as below:

It was also decided that merely bad faith is not enough to rescind the contract. Both the Court of Appeal and Lord Burrows (in his dissenting judgment) held that lawful act duress applies where a lawful demand is made in bad faith. However, the majority of the Supreme Court rejected this view. “A ‘bad faith demand’ based on an asserted pre-existing entitlement may not be a rare occurrence in commercial life. Discreditable behaviour can be a feature of commercial activity.”

The Supreme Court held that there was no evidence that PIAC used reprehensible means to manoeuvre the claimant into a position of vulnerability. PIAC was entitled as per the contract to serve the notice. The ‘take it or leave it’ offer for the claimant to sign the New Contract (which waived any claims for unpaid commission), while may be deemed as hard-nosed as a monopoly supplier, did not amount to an unconscionable behaviour which would give rise to a lawful act of economic duress.

Impact of the judgment on contractual relationships

The Supreme Court’s judgment can have far reaching impact in the following agreements:

Even though economic ‘lawful act’ duress exists in English law, its scope in contractual negotiations is “extremely limited”. In order to rescind a contract under economic duress, illegitimate pressure must be exerted on a party which causes that party to enter in a contract. Bad faith is not enough to tip the scale towards economic duress. There must be something more morally “reprehensible”. The commercial pressure exerted by the large airline on a small ticketing agent, no matter how “hard-nosed”, was not illegitimate and their agreement was not therefore voidable.