Lost wills: What to do when the original will cannot be found 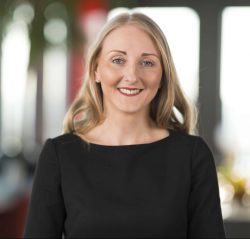 Personal representatives tasked with dealing with a deceased person’s affairs are often faced with a number of challenges, both legal and practical.

Sometimes these challenges can be complex and involve dealing with contested wills.

Often, however, the challenge arises simply because the deceased’s original will cannot be found but, rather, only a copy.

In those circumstances, given the duties of executors, the position must always be considered very carefully.

Eleanor Goodridge, solicitor in the Contested Wills, Trusts and Estates team at Hugh James discusses the legal position in respect  of lost wills.

The starting point is that it will never be sufficient simply to submit a copy will with an application for probate. On its own, this will not be accepted by the probate registry.

However, locating a deceased’s original will is not always straightforward, particularly if the will was made a long time prior to death or if the deceased was particularly private with their personal affairs.

It is important, therefore, that the personal representatives conduct a thorough search to try and locate the original will, including searching at local solicitors (particularly any that dealt with the deceased during lifetime) and potentially at national will registration companies (although note that these are not compulsory and that this cannot therefore be treated as exhaustive).

However, sometimes, despite best endeavours, the original will cannot be found. So what should personal representatives do if faced with a lost will?

In some circumstances, an application to admit a copy will or, even, the terms of a will recounted in the form of witness or affidavit evidence, can be made to the probate registry.

If the original will cannot be found, then steps should be taken to identify who was responsible for storing it and where the will can last be traced to. Was it stored with the firm of solicitors who prepared it? Was it kept by the deceased themselves? Did the deceased give it to their personal representative, a friend or family member to retain?

Will last traced to the testator

This exercise is crucially important because if the original will cannot be found and the last known location of the will was in the testator’s possession, a presumption arises in the absence of circumstances tending to a contrary conclusion that the testator destroyed the will with the intention of revoking it. In the event of that presumption prevailing, any copy will or terms of the recounted will could not be admitted to probate and, in the event of no later will subsequently being located, the estate would pass in accordance with the intestacy provisions, which may not reflect the testator’s wishes.

This is, however, merely a starting point and the presumption is rebuttable if enough evidence to the effect that the will was not revoked can be produced. Such evidence may include declarations of the testator’s unchanged intentions, or evidence as to their state of mind.

An example of such evidence was considered in one of the leading cases in the area of lost wills, Sugden v Lord St Leonards (1876). The case concerned a former Lord Chancellor (1880s), Lord Edward St. Leonards.

It was held that the presumption of destruction with the intention to revoke was rebutted on the basis that, as a former lawyer, the Lord Chancellor would not have destroyed the wills without also destroying the codicils and writing a further will.

If the will cannot be traced last to the custody of the testator then the presumption will not apply so the starting point becomes, subject to contrary evidence, that the personal representatives should put a copy of the lost will to probate.

An application to admit a copy will to be probate should be made under rule 54 of the Non-Contentious Probate Rules 1987.

When making the application, the personal representatives will need to submit affidavit evidence setting out (1) the circumstances relating to the loss of the original will, (2) the attempts that have been made to locate it (3) details of anyone who would benefit from the estate if the copy will was not proved (that is, usually, the person(s) who would be entitled to (greater) benefit if the deceased had died intestate, but who do not benefit in the same degree under the will sought to be admitted).

If you want to find out more about the law, practice and procedure relating to lost wills you can order our webinar here.