Larke v Nugus requests – the cornerstone of will disputes? 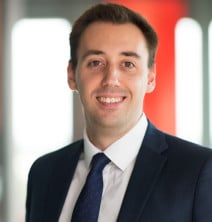 A request for a Larke v Nugus statement is often considered a preliminary step when there is an intention to contest a will. But what happened in that case and what effect does it have on cases which involve probate disputes in the modern day? Oliver Black, solicitor in the Contested Wills, Trusts and Estates team at Hugh James explains.

The claimants in Larke were executors of the will dated 1 May 1973 of Elsie Moss (the deceased). One of the executors, Mr Arthur Larke, was the solicitor who had prepared the will. Under an earlier will, the deceased had left her estate to her niece, the defendant in the claim, Henrietta Nugus. The will left the deceased’s estate to her carers, Mr and Mrs Lucas, who had only started working for her less than four months prior to her death.

Ms Nugus made five requests to Mr Larke for a copy of the will between August and December 1974. Having been ignored, she entered a caveat in January 1974.

Mr Larke then issued proceedings against Ms Nugus in July 1974 to prove the will, notwithstanding his duty to remain neutral as an executor. Ms Nugus counterclaimed on the grounds of lack of knowledge and approval and undue influence.

In November 1976, Ms Nugus’s solicitors wrote again to Mr Larke asking him to provide a statement regarding the circumstances surrounding the execution of the will. Mr Larke did not provide one.

Ultimately, in December 1977, Ms Nugus withdrew her claim after the relevant facts became clearer. Therefore, costs were the only matter to be resolved.

On appeal, and despite Ms Nugus’s unsuccessful claim, the Court of Appeal ordered that Mr Larke’s costs should be paid by the estate, rather than by Ms Nugus; thereby leaving him exposed to a negligence claim by the beneficiaries of the estate. The Lord Justices commented:

‘Where a serious dispute arises as to the validity of a will, beyond the mere entering of a caveat and the solicitor’s knowledge makes them a material witness, then the solicitor should make available a statement of their evidence regarding the execution of the will and the circumstances surrounding it to anyone concerned in the proving or challenging of that will, whether or not the solicitor acted for those who were propounding the will.’

So, almost half a century on from Larke, what is considered best practice, and what should someone who intends to make a request for a Larke v Nugus statement, or has been asked to respond to one, be considering?

The latest guidance from The Law Society, suggests that in cases where such requests are not made on a joint basis between executors and beneficiaries, they should only be made “where a serious dispute arises as to the validity of a will”.

This is a catch-22 situation. Naturally, it would be difficult for someone who has not yet seen a copy of the will file to justify that there is indeed a “serious dispute”. But will writers and solicitors should feel confident in not responding to Larke v Nugus requests from disgruntled beneficiaries which appear to be nothing more than a “fishing expedition”.

Further, there appear to be conflicting views on the duty to disclose information. The Contentious Probate Handbook, published by the Law Society in 2016, states that:

“Failure to reply to a Larke v. Nugus request is a breach of professional duty and may result in a wasted costs order being made against the solicitor.”

However, in its most recent guidance, the Law Society acknowledges that “[the] legal position where a solicitor is a will preparer but not also an executor is not yet clear” given issues about client confidentiality and privilege which have seemingly been ignored.

As such, often the first step will be to consider:

Solicitors should therefore tread carefully in assessing which cases warrant a positive response to a request for a Larke v Nugus statement.

If it’s determined that a request for a statement is appropriate, what should it include, or what should be said in response? There are a number of precedent letters published in legal texts with suggested wording (including one at Annexe E to the ACTAPS Code of Conduct), but, generally speaking, typical questions which may be put to a will writer are as follows:

There should really be no “typical” questions, however, as each request for a statement should be tailored to fit the individual circumstances of the case. Ideally, the will file will have been obtained prior to making the request.

However, in certain cases it may be necessary to compel the solicitor or anyone else with knowledge of the will and file to produce such information whether under sections 122 or 123 of the Senior Courts Act 1981 or otherwise.

If you want to find out more about the law, practice and procedure relating to Larke v Nugus requests you can order a copy of our webinar here.

Disclaimer: This information is for general information only and reflects the position at the date of publication. It does not constitute legal advice and should not be treated as such. If you would like to ensure the commentary reflects current legislation, case law or best practice, please contact the author.