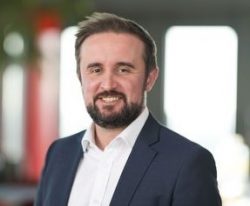 It’s not uncommon for disagreements to arise between family members and loved ones over funeral arrangements, burial disputes or possession of ashes. So, who has the ultimate say and what can you do? Richard Adams, senior associate in the Contested Wills, Trusts and Estates team at Hugh James who has advised clients in a number of such cases, considers this delicate and sensitive issue.

The starting point in law is that a corpse is not a property. Put simply, no one owns a body.

Many people set out their funeral and burial wishes in their wills. However, those wishes aren’t binding, nor are they legally enforceable.

There is a general assumption that the “next of kin” have the right to make arrangements for the disposal of the body. However, that’s not always the case.

While the law doesn’t give express rights over a corpse, it does impose responsibilities on certain people who are under a duty to dispose of the body and have a right to custody and possession of it. The law provides a hierarchy of people who have the right to determine the mode and place of burial which differs depending on whether the deceased made a will.

The primary duty usually falls on the executors or personal representatives (the catch-all term for those tasked with administering a person’s estate).

Where there is a will, the responsibility falls to the executors in the first instance and, failing that, to any residuary beneficiaries.

However, if the deceased didn’t leave a will, the order of priority for who has responsibility follows the same order as that of who can deal with the administration of the estate. That’s set out in rule 22 of the Non-Contentious Probate Rules 1987 and is as follows:

If the deceased has no living relatives then any person having an interest in the estate will be next in line.

This can of course result in a situation where a number of people share responsibility and that’s when disputes over funeral arrangements, ashes or burials can arise.

Ultimately, if agreement can’t be reached over a burial dispute, the court usually has to intervene.

The court has the power to give directions in burial disputes in the following ways:

The factors to be considered by the court

When dealing with burial disputes, the court will consider the following factors:

Of these factors, the fourth is generally considered to be the most important consideration for the court. Indeed, it has been referred to as the “overriding factor”.

Of course, each case will turn on its own facts, but the authorities provide helpful guidance as to the factors which will help the court reach a decision about a burial dispute.

When burial disputes arise, it’s crucial that steps are taken to resolve them as quickly as possible. If arrangements are already in place for burial, in the first instance it might be necessary to apply for an injunction to prevent the burial pending further order of the court.

If you want to find out more about the law, practice and procedure relating to funeral and burial disputes you can order a copy of our webinar here.