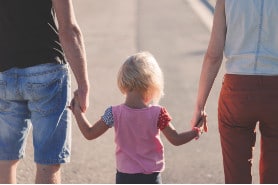 While the criminal courts in particular have struggled to cope with the impact of the pandemic, the family system seems to have fared somewhat better.

Indeed, the president of the Family Division said in October [1] that it has adapted so well to remote working that some courts did not have a backlog of cases.

Describing the development as “surprising”, Sir Andrew McFarlane said judges, lawyers, court staff and everyone else involved “can hold your heads high looking back at what we’ve achieved over the last six months”.

Speaking at the opening of family law group Resolution’s online ‘Future of family practice’ conference, he said: “We’re in a position now where some of the courts haven’t got a backlog of cases. Others have but they’ve got a plan for dealing with them, and people are just cracking on and getting through the work.

“We are sitting and have sat more days in family than ever before despite the fact we haven’t had courtrooms.”

It was already clear, he said, that he did not need to issue any more guidance on remote hearings as practitioners were used to this way of working.

But this success came “at a price”, Sir Andrew cautioned, saying he had the feeling that, across the system, “everyone’s fatigued”. It was “demoralising” to face the prospect of many more months having to work like this.

“So it is all the more important for you to look to your wellbeing,” he urged lawyers.

While the ability to work digitally had been “accelerated by years” in some respects – digital consent orders are being turned around in a week or so, compared to four or five months before in divorce centres – the president said “I am clear that I will fight any suggestion” by policy makers that family cases should remain online post-pandemic.

While a few hearings, such as case management hearings, would continue online, “we must get back to face to face as soon as possible”.

The news has not been uniformly positive, of course. Research Sir Andrew commissioned from the Nuffield Family Justice Observatory (NFJO) reported in October [2] that four in ten parents said they did not understand the remote hearings they had been involved in, while 66% said they believed their case had not been dealt with well remotely.

Many professionals and parents expressed concern about the difficulty of creating an empathetic and supportive environment when hearings were held remotely, especially as all the parties were legally represented in only a fifth (21%) of the cases reported by lawyers and other professionals.

At the same time, lawyers were generally upbeat that things were working “more smoothly” then than at the beginning of the first lockdown. Some 78% felt that fairness and justice were achieved in their cases most or all of the time.

Sir Andrew said this was encouraging but acknowledged there were areas of concern that needed to be addressed. “There are clearly circumstances where more support is required to enable parents and young people to take part in remote hearings effectively.

“It is worrying that some parents report that they have not fully understood, or felt a part of, the remote court process.

“Whilst technology is improving, there is clearly still work to be done to improve the provision of family justice via remote means.”

The guidance on remote hearings that Sir Andrew issued in March aimed to “keep business going safely”, while taking all reasonable and sensible precautions.

It pointed out that, unlike jury trials at the Crown Court, there was “no category of case” in the Family Court which necessarily required the physical attendance of key participants in the same courtroom, but ruling in Re P in April, he stressed also that this “must not be at the expense of a fair and just process”.

Lisa Pepper, a partner at Osbornes Solicitors in London, said the family courts were playing catch-up with the non-family civil courts in their use of remote hearings.

They saved costs, of course, but have their challenges. She recounted one early experience where the judge called her six times, but there was a fault with her mobile phone that meant it did not ring. Only when she called the judge and gave him her home number could the hearing proceed.

“That was really stressful. Everyone was on the line waiting for the hearing to start, and you’re the one holding everything up.”

Ms Pepper said another practical problem was taking instructions from clients while you are on the phone. While in the courtroom this could be done through whispering or passing of notes, setting up a WhatsApp group with counsel and clients was a common solution for telephone hearings.

“This puts an additional pressure on the advocate. You have to speak with the WhatsApp going off and a client who could be saying ‘it didn’t happen like that’. There’s a lot of juggling to do.”

Safda Mahmood [3], senior solicitor at Coventry City Council, said the main advantage of remote hearings has been that everyone has to be much more focused and prepared. “At court you could have sometimes asked an usher for another 20 minutes or so time before going to see the judge. Now you have to be prompt.”

Mr Mahmood said the main disadvantage of remote hearings was not being able to see fully the reactions of people to what was being said, including the judge.

The solicitor also said he found remote hearings “incredibly tiring”, because of the additional time it took to prepare cases and do follow-up work – communication with other parties takes longer by email rather than face-to-face, while you have to follow up with clients by phone or Skype rather than simply speaking to the clients at court after the hearing.

However, Mr Mahmood said the family justice system had made “massive inroads” in its use of technology during the crisis.

“Every court user has had to adjust, without the fundamentals being in place. Change like this normally takes years.”

Mr Mahmood said he hoped the experience had shown the courts that remote hearings “can and do work”. He said that in the future he hoped they would continue to be used for the likes of case management hearings and for cases where people may otherwise have to travel many miles in a day to get to and from a court.

But it is clear that substantive hearings will return to being face-to-face as soon as possible. As Mr Justice MacDonald put it [4] in a speech to the International Academy of Family Lawyers in May: “Family law is concerned, at its heart, with the human condition and the resolution of the myriad of tragedies and complications that flow from it in all its chaotic splendour.

“In this context, and requiring as it does the application of empathy and compassion, it is perhaps unsurprising that people believe strongly that absent the current public health emergency family justice is best achieved face to face and not via a computer screen.”