Establishing fraudulent calumny – has the mind of the testator been ‘poisoned’? 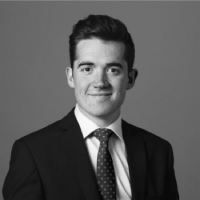 By David McGuire, Associate at Weightmans on behalf of Legal Futures Associate Certainty The National Will Register

There are a number of grounds upon which a person might seek to a challenge the will of a loved one. They include circumstances where the specific formalities required when creating a will are not adhered to, or where the person making the will did not have the necessary mental capacity. It might be that the person making the will did not understand or approve its contents or that they were subject to some form of undue influence by another party.

One of the less common grounds potentially available to someone wishing to challenge a will is that of fraudulent calumny. Whilst bearing some similarities to undue influence, it is a separate ground with its own distinct elements, summarised succinctly in Re Edwards [2007] EWHC 1119 (Ch) at [47]:

”The essence of fraudulent calumny is that the person alleged to have been poisoning the testator’s mind must either know that the aspersions are false or not care whether they are true or false. In my judgment if a person believes that he is telling the truth about a potential beneficiary then even if what he tells the testator is objectively untrue, the will is not liable to be set aside on that ground alone.”

The basic premise of establishing fraudulent calumny is therefore that Party A poisons the testator’s mind against Party B. If Party B would normally have been a beneficiary of the estate, they do not receive what they ought to have done and if Party A achieves this by casting ‘dishonest aspersions’ on Party B’s character, then the will may be set aside.

Crucially, Party A “must either know that the aspersions are false or not care whether they are true or false”. If Party A believes that they are telling the truth about Party B, then the will will not be set aside, even if what Party A tells the testator is objectively untrue.

A good example of fraudulent calumny is where a testator leaves their entire residue to one of their children on the mistaken belief that the remaining child has stolen money from the testator. Where it was always the testator’s intention to distribute their estate equally between their children, and the child benefiting has dishonestly fed lies in respect of the theft to the testator, there will likely be good prospects of succeeding with challenging the validity of the will.

Similarly to undue influence and fraud, fraudulent calumny often takes place in private. This, coupled with the fact that the testator (one of the witnesses to the calumny) is now deceased, means that evidentially it can be extremely difficult to prove a case. Whilst there may be fewer evidential challenges in a case where someone has deliberately poisoned a testator’s mind by making deliberately untruthful accusations against others, it is often not easily proven that the calumny has induced a change in the testator’s intentions.

Typically, the burden of proof in civil matters, including will disputes, is the balance of probabilities. This means that a person must prove that their case is more probable than their opponent’s, i.e. over 50%. As fraud is a criminal offence, the Court typically requires a higher degree of probability, more akin to that in criminal cases (beyond all reasonable doubt). It follows that fraudulent calumny, a species of fraud, requires compelling evidence in order for a claim to be substantiated. Potential claimants would be well advised to seek specialist advice on evidence and prospects generally at an early stage in the dispute.

A final important point for prospective claimants is that where a claimant is successful in challenging a will, and the testator has prepared another will previously, that previous will takes effect. Where there is no previous will, the intestacy rules will apply. As with any successful challenge to a will, it is therefore important for the claimant to be satisfied that they will receive a greater benefit under a previous will than the disputed will (or where there is no previous will, the intestacy rules). Claimants therefore ought to make enquiries and any necessary searches, such as a Certainty will Search, for previous wills so they are in a position to ascertain their entitlement in the event of a successful challenge.

For any further information regarding any of the issues raised in this article or in respect of will disputes generally, please contact David McGuire, Associate, on 0161 214 0523 or email david.mcguire@weightmans.com. Further information is also available via the Certainty Contentious Probate Hub & Area.