Andy Ellis, the managing director of Practico and the costs lawyer who acted for the defendant News Group Newspapers in the Henry costs management case, highlights the key lessons from the ruling 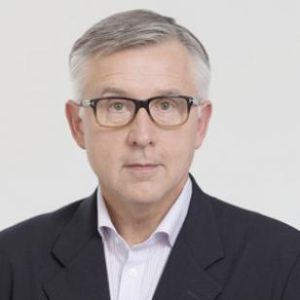 Ellis: the lessons of Henry are obvious

Henry v NGN, handed down on 16 May 2012, represents the first significant judicial ruling to emerge from the nascent costs management regime. By not finding “good reason” to depart from budget on detailed assessment on the facts of this case, the Senior Costs Judge has sounded the biggest wake-up call yet to the legal profession regarding budgetary control. His message can be paraphrased as ‘engage or suffer accordingly’.

The case of Henry falls under the defamation costs management pilot scheme, which is governed by Practice Direction 51D. The importance of establishing guidance as to what circumstances might provide an escape valve for receiving parties who overspend is clear.

Costs management rules will be implemented to coincide with Jackson big bang in April 2013 across the full range of multi-track cases. These are expected to follow the principles piloted in the defamation and Mercantile/TCC schemes. We will know more about that on 29 May when the next Jackson implementation lecture is delivered, focusing on costs management.

No doubt with this background in mind, Chief Master Hurst gave permission to the claimant to appeal even before it had been sought; an invitation that the claimant’s lawyers have stated they will take up. At the time of writing it is not yet known whether the appeal will be fast-tracked to the Court of Appeal, but that has to be a strong possibility.

The brief facts of the case are that Ms Henry was a member of Haringey’s social work team assigned to the tragic case of Baby P. A raft of defamation cases arose against a number of newspapers that reported on the disciplinary proceedings involving Ms Henry and others. Once those disciplinary proceedings exonerated Ms Henry, the cases other than that against NGN, settled fairly quickly, providing vindication to the claimant by way of compensation, statements in open court and costs.

The case against NGN (whose reporting was characterised as a campaign) continued to be defended until settlement in favour of the Claimant was reached shortly before trial in July 2011. Henry v NGN therefore reached the necessary procedural stage to be captured by the pilot scheme.

Costs budgets were approved in September 2010 for both sides’ costs, which were remarkably similar in total, albeit the components differed. The claimant’s base costs estimate (including allowance for a trial that was ultimately avoided) came in at £539,847 against the Defendant’s £531,746.

Having succeeded in the case, Taylor Hampton proceeded to serve a bill of costs on NGN that was prepared upon conventional lines – i.e. it did not link the work to the budget categories. NGN’s costs lawyer (me in this case) undertook the task of decomposing the bill in order to measure how closely the costs incurred aligned with the approved budget. That exercise was powerfully revealing in the following respects.

HHJ Simon Brown QC, the judge in charge of the Birmingham costs pilot, likes to use the term ‘Manhattans’ to describe the spikes within a costs budget. In Henry the equivalents of the Empire State Building and the Rockefeller Centre were the work claimed on witness statements and disclosure, respectively 18 times and eight times higher than the equivalent sections of the budget.

The base costs overspend on these two categories – £292,710 – became the bone of contention in the preliminary issues hearing.

Under paragraph 5.6 of PD 51D, the court, when assessing costs on the standard basis, has to be satisfied that there is “good reason” to depart from the budget if it is to allow a higher figure.

Those united in the love of costs will no doubt pore over the decision in detail but for those who prefer to cut to the chase;

I think I can safely say that the lessons of Henry are obvious, and somewhat unusually, are obvious irrespective of the outcome of a pending appeal. Solicitors who cannot arrive on a reliable method of monitoring adherence to budgets will become extremely vulnerable in the new world of costs management.

If that challenge represents a voyage into the unknown, the worst of it (or, I suppose, the best of it, depending on which side you’re on) is that special attention will be required to monitor the budget precisely when the demands of the case increase (often unexpectedly) and when primary focus tends to be on the work rather than the measurement of it.