You’ve got a McKenzie Friend in me 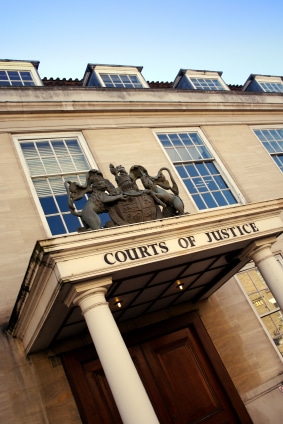 Two events in London last week were connected by the withdrawal of civil legal aid and its consequences for the justice system. One was a major report on technological alternatives to legally aided services, and the other was a Legal Services Consumer Panel (LSCP) roundtable discussion on fee-charging McKenzie Friends (MF).

As Roger Smith and Professor Alan Paterson realised when drafting their report, there are people for whom any amount of wonderful technology will not deliver access to justice and who continue to need face-to-face advice. This group is likely also to contain some of the same people who rely on lay advisers to help them through, for example, the divorce courts.

The reason for the roundtable, part of an LSCP investigation, is that these advisers include not just those who do what the 2010 practice guidance on MFs – published by the Master of the Rolls and the President of the Family Division – envisaged, and give moral support, take notes and so on. Increasingly they are also people who, with the court’s permission, do substantially more, such as advocacy and providing paralegal support to litigants-in-person.

Qualitative research by the LSCP found fee-charging MFs sometimes charge large sums for their services (although most do not), mainly in civil and family proceedings. Some even offer assistance in criminal cases. If they can obtain it, some have indemnity insurance too.

At the roundtable – held on a Chatham House Rule basis that means who said what cannot be reported – it was common ground that in numerous cases MFs provided a valuable service as a low-cost or free alternative to lawyers.

Present at the discussion were representatives of the legal profession, the Legal Services Board (LSB), magistrates, and civil justice experts, as well as a handful of fee-charging MFs. According to the panel, MFs can be paid between £15 and £89 per hour or £150 to £400 per day, with actual fees clustering in the lower-middle part of the ranges.

The MFs argued that they supplied a service made all the more necessary by the withdrawal of legal aid, at a price that was a fraction of that of a qualified lawyer – although that proportion was disputed by the lawyers. They further argued their role should achieve greater formal recognition in order that their ‘clients’ have the certainty of their assistance. At present judges permit MFs in their courts on a case-by-case basis.

Ideas as to how that recognition might be made real included an automatic ‘right of audience’ for experienced MFs, mention of MFs’ roles in case reports, and an eBay-style rating system filled in by judges. None appeared to generate much enthusiasm in the room, it has to be said.

The panel’s research showed that judges were on the whole welcoming of MFs, and the more senior the judge, the more welcoming. Under the practice guidance, judges must be given the CV of an MF before the case begins, so have an idea of who they are dealing with. Many judges plainly view an MF as a person who can keep a case moving, help contain the emotions of the party they are assisting, advise on procedure, and so on.

The position of the traditional branches of the profession is that vulnerable people are at the mercy of MFs who charge for their services, because – unlike lawyers who are regulated to the gills – MFs are unregulated, often uninsured, and of unproven expertise. There is no guarantee of the independence of an MF’s advice, unlike a lawyer who has professional ethics and a duty to the court.

While they didn’t say as much when confronted with the argument that MFs can help poor people obtain access to justice in a post-LASPO world, one felt the lawyers were probably thinking “well, that’s a mess the government has created, not us”. A Bar Council guide for litigants-in-person was held up as tangible proof of barristers’ commitment to being ‘all in this together’.

The issue that first triggered the LSCP’s interest in MFs last year – that struck-off lawyers were increasingly acting as MFs – was barely touched upon at the roundtable. The impression given by some participants was that since it was an unregulated free-for-all out there anyway, someone with legal training, even blighted by a serious disciplinary record, might be more useful than someone with no training at all.

The consensus of the roundtable, although not an enthusiastic one, was that some kind of regulation of MFs was necessary, to help separate the good from the bad and ensure a minimum of public protection – and perhaps oversee training. It would probably have to start as self-regulation, with no certainty that official recognition might follow. Meanwhile, MFs’ ‘clients’ might at least have recourse to complain to the Legal Ombudsman, if it should switch on its expanded jurisdiction.

But none of the lawyers was in a hurry to offer help from their branch of the profession, to those who might undercut them. Chartered legal executives had had to fight for years to achieve their professional rights, it was pointed out forcefully. So why should someone else come along and be given a lower hurdle to clear?

The MFs were reminded that regulation is expensive, and that lawyers’ fees reflect the greater protections consumers receive from qualified lawyers. There was a recognition in the room both that anything too onerous would discourage MFs from coming forward, and that having some sort of regulatory structure would still leave a tier of informal, unregulated MFs in the system, as now.

Occasionally during the discussion, representatives of the ‘professional’ MFs – people who have often been working in the courts for 20 years or more and know every nook and cranny of the justice system, if not necessarily the black-letter law – betrayed frustration at the established lawyers for what they saw as a commitment to ‘the same old way of doing things’.

But the reality of where MFs go from here is that if they expect lawyers to volunteer a place in their hard-won professional niche, they will wait forever. Any hopes that the Legal Services Board or Ministry of Justice will leap at the idea of more regulation, or judges embrace more form-filling, are also likely to be forlorn.

A light-touch – and therefore cheap to administer – self-regulation regime that is strong on consumer rights and information, is probably MFs’ best starting point.