On 10 November 2021, Google received two court rulings. In one, it successfully persuaded the Supreme Court to prevent a class action against it for data breaches.

In the other, it failed to persuade the EU General Court to overturn a €2.4bn fine from the European Commission for giving preferential treatment to its own price-comparison shopping service in breach of EU competition law rules.

In tandem, the tech behemoth closed and opened the door to class actions against it.

Now the dust of the two decisions has settled, practitioners would be wise to consider what the nuances of the courts’ decisions mean for future class actions.

What we know so far

In theory, competition law claims are much easier to bring as class actions, as the government introduced a class action regime for them: collective proceedings in the Competition Appeal Tribunal (CAT).

As many readers will know, there are two big advantages. Firstly, an opt-out procedure can be used, so proceedings are brought on behalf of anyone who fits the specified class unless they opt out. Secondly, legislation altering the common law means there is no need to prove that members of the class have individually suffered loss.

Both reduce the litigation costs, again making it much more economic to litigate and attractive to fund.

Beyond this, it was thought that the only other way to bring a class action was with a group action under rule 19.11 of the Civil Procedure Rules (CPR). However, those two advantages are absent here.

Requiring claimants to opt in to the proceedings cuts down the claimant pool drastically, and the need to provide individual loss in damages claims increases costs, so most claims are uneconomic to run and will not be backed by funders.

What does Google reveal

In Google’s case, Mr Lloyd tried to get round these problems by using the representative procedure set out in CPR 19.6 instead.

This allows a claim to be brought by (or against) one or more persons as representatives of others who have the “same interest” in the claim. The big benefit is that it is an opt-out procedure in that, unless the court orders otherwise, the others being represented do not need to take a positive step to be included.

The drawback, however, is that claimants must have the “same interest” in the remedy too, which is not the case with the group litigation order route or the CAT approach.

Mr Lloyd’s claim was for breach of Google’s duties as a data controller under section 4(4) of the Data Protection Act 1998 (DPA). Section 13 of the DPA gives an individual who suffers damage by reason of any contravention by a data controller of any of the requirements under the Act a right to compensation.

Mr Lloyd argued that, if the courts interpreted the word “damages” in section 13 of the DPA to also include “loss of control” over personal data, they could award a uniform sum to each claimant for loss of control. The Supreme Court, however, said that the wording and purpose of the DPA did not allow this.

An attempt to rely on uniform “user damages”, assessed by estimating what a reasonable person would have paid for the right of user, failed for similar reasons.

However, even if individual assessment of loss was not required, there was still a need to establish the extent of the unlawful processing, which would be different for each claimant. Mr Lloyd tried to argue he could claim for the “lowest common denominator”, but as this would be someone who just visited one affected website, this would not be sufficiently serious to give rise to a section 13 claim. 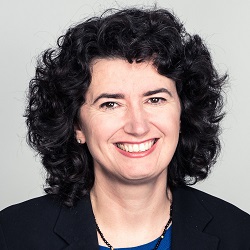 The future of group claims

Has the use of the representative procedure for class actions finished before it has even started? The Supreme Court was very far from saying so. However, it will be extremely difficult to use because of the damages element.

Nearly all civil claims require assessment of an individual claimant’s loss, and this is incompatible with the ‘same interest’ requirement in the representative procedure.

Claims that do not require individual assessment of loss will be very rare, as can be seen from the limited examples the Supreme Court mentioned in its judgment of claims – a claim alleging that every member of the class was wrongly charged a fixed fee, or where all the class members acquired the same product with the same defect which reduced its value by the same amount.

It is possible to get round this problem if you can calculate the loss suffered by the class as a whole without reference to the losses suffered by individual class members. This is what the Supreme Court called a ‘top down’ approach to damages.

If so, then the representative procedure can still be used – it will be up to the claimant pool to decide the distribution between themselves. The circumstances when this will apply will be relatively rare, however.

Even if the damages hurdle can be overcome, the representative procedure, not being designed for class actions, is silent on distribution to the class members.

The Supreme Court could see that, if the claimant is awarded damages in a representative capacity, there may be difficulties with regard to how such damages should be distributed, including whether there would be any legal basis for paying part of the damages to the litigation funders without the consent of each individual entitled to them.

A defendant to a class action that gets this far is likely to seek to rely on such difficulties as a reason for disallowing a representative action.

The damages hurdle could also be overcome by using what the Supreme Court described as a bifurcated process. Liability issues are established using the representative procedure, and then claimants are persuaded to bring individual damages claims.

The problem with this, however, is that no money is recovered in the liability proceedings, so no return for the litigation funders who would probably be needed to fund the claim.

The Supreme Court was willing to loosen the meaning of ‘same interest’ requirement for the representative procedure, saying that claimants can have divergent interests so that an issue can arise that is only relevant to the claims of some and not others, as long as there was no conflict of interest between them.

This flexibility is helpful generally for representative claims, but it will not in itself help class actions.

It is therefore likely that group actions will continue to be the procedure used for non-competition law class actions, but the limitations on these mean the numbers of such claims will remain small.

So, what happens now if a corporate commits a wrong that affects a large number of people but the financial impact for each one is small?

If it involves a breach of competition law, then there is a good chance that those affected can come together and get funding to bring a class action. If it involves any other kind of breach or wrong, however, then it remains very difficult to do so.

That said, the pace of technological development is such that it will only become more and more common that companies will commit wrongs that will have an impact on a huge number of people, so maybe it will eventually be the case that class actions are introduced in other sectors.