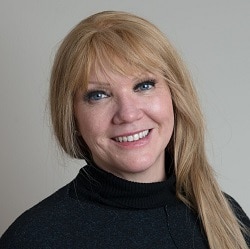 Keegan: Talking openly and helping each other is the only way I can think of to doing my part

“You own everything that happened to you. Tell your stories. If people wanted you to write warmly about them, they should have behaved better.”  –  Anne Lamott

International Women’s Day on 8 March has made me pause this year to reflect on how far women have travelled in the law in the past 100 years, and whether we have arrived at an equal status with our male counterparts.

It isn’t a topic that I often discuss, and I have been wondering why I keep quiet on the subject.

In my experience, any kind of complaint or even vague mention of inequality/injustice/bullying in private practice would have meant a black strike against the complainant’s name and a reputation for being one of ‘those’ women.

If you wanted to be successful in a law firm, you simply had to put up with any abuse and dodge it as best you could using whatever skills you had in your arsenal.

I have been badly bullied; chased round desks by senior partners; accused of having affairs; told to pour the coffee in meetings as the only female in a boardroom of men; and famously told that “the profession was OK before they let people like you in”, by a highly respected Manchester lawyer.

Another reason that I have never stood on a chair and called out this kind of behaviour is because, well, it seems a bit spoilt to mention it. After all, I am a privileged white woman. There is always a part of me that genuinely doesn’t think I have cause to complain about anything when there is real suffering in the world.

I also don’t believe that I am a lesser being simply because I am a woman, so it doesn’t seem fair to complain about being treated badly when I don’t believe it. As Dolly Parton said: “I am not offended by all the dumb blonde quotes because I know I am not either.”

My business partner and I set up the CS Partnership in 2012. Since then, we have been accused of being lesbians just because we are two female co-founders; have had three different sets of men try to buy our business on terms where they would be our bosses and we would do all the work; been told numerous times that we “are just a couple of girls”, and encountered men who thought we would behave in a way contrary to the contract their firm signed, because they wanted us too. We didn’t.

One of my favourite stories in the past few years is about the senior lawyer who sat opposite me in an update meeting and told me that I had a “lot of energy and enthusiasm for a girl” but rudely rejected all of the suggestions I made before flouncing out of the meeting. Embarrassed, the other partners rearranged the meeting for the following week.

Deciding that I would deal with his special kind of sexism by wearing a low-cut top as an experiment, we went into the meeting fully armed.

It worked. At this meeting, the lawyer agreed to every one of my suggestions whilst having cartoon eyes on stalks. As he left the room this time, he loudly declared that he always knew we would get on and patted me. I had made exactly the same suggestions – I had just worn a different top!

I have not used this tactic since. My usual arsenal contains a pretty good temper and the kind of sharp tongue (when pushed) that my grandmother still tells me could cut myself. I also have an awesome co-founder, and when situations are tough, we work out together how to proceed, and respond to them. We know how lucky we are to have each other’s support.

I don’t have the answer to how we continue to effect change in this area and all other areas of bullying and abuse, but I have come to the conclusion that talking openly about it and helping each other is the only way I can think of to doing my part.

I do not recommend the low-cut-top tactic (just in case I need to say that), but I do continue to wish all the women in my life a lot of continued ‘energy and enthusiasm’ – and if anyone reading this needs someone to talk to, just get in touch with us ‘couple of girls’.