Guest post by Chris Bushell, president of the London Solicitors Litigation Association and partner at Herbert Smith Freehills. Chris is a member of the witness evidence working group. 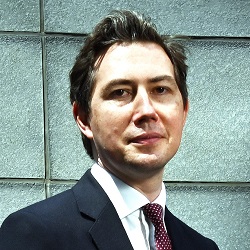 A new regime for trial witness statements in the Business and Property Courts took effect on 6 April this year, with the aim of refocusing witness statements so that they fulfil their core function of achieving best evidence at proportionate cost.

Before witness statements were introduced in the mid-1980s, the trial process was even more fundamentally oral than it is today: witnesses gave their evidence-in-chief orally in the witness box and were then cross-examined on that evidence.

Witness statements essentially replaced oral evidence-in-chief by setting out in writing, in advance of the trial, the evidence that the witness would have given orally – so that these days the witness is sworn in, confirms their statement and then normally moves straight to cross-examination.

If used properly, witness statements have a number of benefits: making the litigation process more efficient; reducing the scope for misunderstandings as to proposed evidence; facilitating the provision of informed advice on the merits; and improving the prospects of a dispute settling in advance of trial.

That is the theory. In practice the picture before the recent reforms was much less rosy. Trial witness statements often ended up going through numerous drafts, and being overly polished as part of that process, so that they no longer reflected the ‘unvarnished’ evidence a witness realistically and properly could and should have been asked to give.

They also frequently contained lengthy and inappropriate citation from, and commentary on, the documentary and other evidence in the case, and at times inadmissible opinion if not outright argument.

The witness evidence working group was established to try to grapple with these problems, which were seen as endemic in well-funded, document-heavy litigation within the Business and Property Courts. That review resulted in the new regime introduced by practice direction (PD) 57AC, with its appendix setting out a statement of best practice in relation to trial witness statements.

In fact, a lot of the new regime isn’t actually new at all. Large parts of the new PD and appendix merely restate what should have been happening already, such as avoiding the use of leading questions when interviewing witnesses and avoiding extraneous content in the statement itself (such as commentary or argument). This is to be expected, given that the appendix is billed as a statement of best practice.

And even where there are new elements, they are not generally that radical – or at least not as radical as some of the options considered by the working group which were put to an online survey of courts users back in 2018.

These included ditching witness statements altogether in favour of full oral examination-in-chief at trial, US style depositions, and lifting privilege so that all communications with a witness were visible to the opposing party. All of these more extreme options were overwhelmingly rejected by the majority.

So what are the key changes?

Such preparation should, for example, enable the lawyer to ascertain the witness’s unvarnished recollection in relation to important disputed matters, before that recollection is refreshed by reference to documents. And it should minimise the risk of accidentally slipping into the territory of leading questions.

Witness statements will likely also become shorter, as much background and material that is apparent from the documents should now be stripped out.

But we don’t yet know how the whole process will play out – for example, will trials be longer because counsel will need to explain more about the background and identify key aspects of the documents, given that this context will no longer be found in the witness statements?

There may be longer oral openings, which may counteract any saving in time spent cross-examining witnesses. If indeed there is a saving, given the additional material provided by the new requirement for a list of documents and information as to how the witness’s recollection has been refreshed. These will no doubt provide irresistible fodder for cross-examination.

So perhaps there will not be net savings in time and costs as a result of these changes, but costs savings were not their key aim. If the new regime improves witness evidence and allows the court to determine disputes more justly as a result, they will have achieved a great deal.