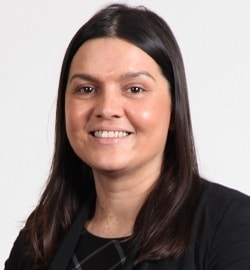 Lawley: I expect to see market conditions start to get tougher

It’s been a buyer’s market in recent years for solicitors purchasing professional indemnity insurance (PII). But could that soon change? We canvassed the views of a number of experts to find out what 2018 might hold.

For some law firms with good claims records, the benign picture of 2017 remains unchanged, with insurers offering a range of incentives, including 18-month contracts and additional cyber cover or lower run-off premiums, to encourage them to review their options earlier and go with them.

“Lawyers have enjoyed a sustained period of cover being really easy to obtain,” says Frank Maher, a partner at Legal Risk, solicitors who advise lawyers on insurance law and claims. “People talk of a seven-year cycle in insurance: well, we’re seven years on [from the previous tough market] and I don’t see the situation worsening any time soon.”

However, problems far away from the UK legal sector could have an effect on how much solicitors pay for their insurance in future. Hurricanes Harvey, Irma and Maria, along with the Californian wildfires, have left the insurance industry facing claims put at $94bn in what is the costliest year on record for natural disasters.

It’s unclear at the moment if the ‘butterfly effect’ caused by these disasters could affect the price and availability of cover for solicitors. Several insurers have announced hefty losses for the year overall.

“Some are in a lot of pain at the moment. That will inevitably make them look at which parts of their business are making good profits – and which aren’t,” says Neil Ross, head of Axis Pro Europe. “It is pretty well accepted that margins are thin at the moment in the solicitors’ PII market.”

Charles Hawtin, head of client services at Chancery PII, says: “The solicitors’ PII market is not as robust as it may seem, and, if past performance is anything to go by, cracks will start to emerge.”

The feeling I get through discussions with underwriters is that we may well see prices starting to rise, if not at the April renewal season then perhaps by October. My view is that now could well be a very good time to lock in to longer-term policies.”

Withdrawals could make PII hard to come by

Several insurers have begun to reduce the number of law firms they insure following poor results, and this trend could gather pace, while some might opt to quit this sector altogether. “There has never been a year when at least one insurer has not pulled out of this market and I do not see any reason why 2018 should be different,” says Mr Hawtin.

“The market largely avoided much fallout when the likes of Quinn, Balva and ERIC pulled out, because new entrants quickly replaced them. Bu it remains to be seen whether that pattern would be repeated this year: insurers are not falling over themselves to underwrite this particular class of business. If any outgoing insurers were not replaced, then some law firms could have a problem in finding cover.”

Although the overall swing in prices might not be big – “this remains an active market,” says Mr Ross – law firms should start to prepare now for the possibility of tougher conditions in the near future.

“Some law firms will know they are skating on thin ice,” says Mr Hawtin. “They need to use this time wisely, to improve their systems and procedures and the way that they present themselves to the market to avoid being caught out if the wind changes in what is a notoriously unpredictable market.”

If insurers become much pickier about who they choose to cover, lawyers should do everything to impress them.

“Get a good adviser and make sure your law firm’s proposal form stands out,” says Steven Reynolds, senior member partner at specialist law firm Reynolds Colman Bradley, who advises both lawyers and insurers on negligence claims. “Many law firms’ proposals that we see are a mess.”

It’s important to show your firm takes risk management seriously – ideally by having accurate, detailed records of what, if any, claims you’ve made on your insurance in the past 15 years, he explains. “Only then can underwriters see a law firm’s past track record and try to predict their future performance.”

As well as natural disasters in other parts of the world, lawyers are facing their own potential storms in 2018.

The controversy over clauses in residential leaseholds that trigger spiralling ground rents could become a big problem for solicitors.

Mr Reynolds says: “We’ve seen many of these claims. I think it’s a bigger problem than conveyancers assume, and perhaps, with respect, insurers too. They are difficult to rectify, as no two ground-rent clauses are quite the same.”

Although the government has said it will act, whatever changes it makes will be difficult to apply to existing properties. As many as 100,000 householders are affected by these ground rent clauses, it is estimated, along with many more leasehold flats.

“Many buyers are unaware that they have taken on properties with these ground rents, and we are seeing cases where these houses have now passed on to their second or third owner,” adds Mr Reynolds.

Banks and building societies may also bring claims against law firms if the value of the homes on which they have lent mortgages is affected by these clauses. He says: “We are seeing chains being held up because of these clauses.”

How much PII is enough?

How much PII cover law firms should buy is a hot topic, with the SRA looking into whether the mandatory minimums are too high. But, an increasing number of law firms are facing the painful realisation that, in fact, they do not have enough cover.

Mr Maher says he is dealing with a growing number of cases where practices are facing multiple complaints from clients, which, because they are related, could be treated as one claim under their insurance policy meaning that firms are left under-insured and heavily exposed themselves as a result – known technically as ‘aggregation’.

“This is not a purely theoretical point. We are advising a number of firms, in cases with millions of pounds at stake, where this is a significant issue,” he says.

The Supreme Court set out the principles of where aggregation can apply in last year’s judgment on AIG v Woodman. But it is not always easy to apply them to a particular case, Mr Maher explains – particularly if the facts are only established in a trial or a subsequent arbitration between a law firm and its insurer.

“So the worry of possibly having inadequate cover may hang over a firm for years.”

Law firms should consider buying more than the mandatory minimum amount of insurance cover. Get good advice, suggests Mr Reynolds, who is a member of the Law Society’s PII committee. “Many law firms are underinsured: they buy what they must, rather than what they actually need.”

Against a backdrop of heavy losses in other parts of insurers’ operations, this year could see the winds of change sweep across the solicitors’ PII sector.

I expect to see market conditions start to get tougher. Firms’ compliance procedures are set to come under the spotlight, with the Dreamvar and P&P appeals, as well as the introduction of the General Data Protection Regulation in May, likely to spell out firms’ heightened responsibility to protect against fraud.