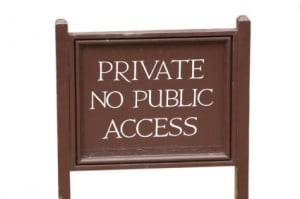 The Law Society prepares to debate the SRA's ABS application

Tomorrow the Law Society council will make its much-trailed decision on whether the Solicitors Regulation Authority (SRA) should become a regulator of alternative business structures. President Linda Lee has talked about the importance of the decision, as has SRA chairman Charles Plant. I would like nothing more than to be there to report on the debate. Sadly I cannot, as the debate and vote are being held in private.

The council, like the boards of the SRA and Bar Standards Board, splits its meetings into public and private sessions. The good stuff at all of these meetings, unsurprisingly, is usually in the private sessions – although often matters are discussed in private in one meeting before the proposals are amended and a final decision made in public at the next.

But over many years working on the Gazette and attending hour upon hour of at-times crushingly tedious council meetings, there have been some momentous debates held in public – lifting the ban on referral fees and entering the open market for professional indemnity insurance are two that spring to mind.

I would say that this should be another and for one particularly good reason. As I have previously blogged, the “Clementi compromise” means that the Law Society, rather than the SRA, is named in the Legal Services Act 2007 as the approved regulator of solicitors. The council is at the apex of the society’s decision-making, but has delegated almost all regulatory decisions to the board of the SRA. But tomorrow is not one of them.

And here’s the problem. For the past few years, the council has essentially been a representative body. But suddenly it is having to dust down its regulator’s hat and make this major decision in the public interest.

Die-hards will recall that the very reason Sir David Clementi recommended separating regulation from representation was exactly because he felt the Law Society council and the Bar Council were unable to regulate unfettered by representative interests.

So I think public scrutiny of the council’s debate on the ABS application is much needed, so that whatever the decision, stakeholders can have confidence that it was properly made. If the council rejects the application (which seems unlikely, but I have learned never to predict the council), we would want to know that it did so for good reason, not out of the self-interest of solicitors. Another good question to ask is why the debate should not be in public. Maybe it would help connect the council to the profession a bit more.

I would not like readers to think that the Law Society is the sole miscreant here. The SRA did not debate the ABS application or the detail of the Handbook in public, although like the council in the past it has had good debates in the public session, as has the BSB’s board.

And compared to the Legal Services Board itself, all three are paragons of openness and transparency. Chairman David Edmonds flatly refuses to hold any part of its meetings in public (I’ve asked him often enough), while just getting meeting papers out of the board regularly proves to be a ridiculously frustrating experience that usually requires the prompt of the Freedom of Information Act.

(On that note, I have a sense that the Law Society’s admirable openness in holding public and private sessions for its various committees and boards – and publishing papers from the public parts – has waned since realising that people have started actually reading them and writing stories based on them, leading to more being done in private.)

Of course, as a journalist with a website to fill, I would like all the juicy stuff to be in public. This won’t happen – although the arguments I’ve been given that it’s always been like this, and anyway others are worse, are hardly convincing – but I don’t think there has been a serious discussion around this for a very long time.

It is only now that there are specialist websites and publications like Legal Futures keeping a much closer eye on the activities of these bodies that it has become live. I’m not going to make any great claims for this website holding the Law Society, SRA etc to account, but solicitors, barristers and others who read Legal Futures will have a much better idea of what their regulators and professional bodies are actually getting up to, which is good for both sides.

I would very much hope that a profession so committed to open justice (and yes, I know it’s not the same thing) would give a lot more thought to open regulation.