Why the fuss over Quindell and Slater & Gordon? 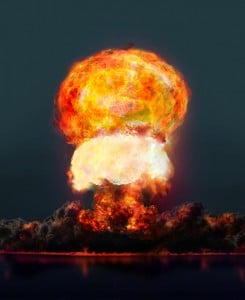 Will ABSs go up in smoke?

OK, the headline is clickbait – kind of. There does, of course, need to be an investigation into Quindell’s financial “restatements”, which it admitted last week meant that the 2013 profit after tax of £83m should have been a loss of £68m, and net assets at 31 December 2013 should have been £446m, rather than £668m. That’s a seriously wonky piece of accounting.

And with the Financial Conduct Authority, Financial Reporting Council and Serious Fraud Office all on the case, there is no shortage of investigations.

Slater & Gordon’s share price in Australia has taken a big hit as a result of this, and also because of its own, albeit seemingly far more minor, accounting issues.

So Quindell and (the previously unimpeachable) Slater & Gordon are fast becoming shorthand for the anticipated failure of the alternative business structure (ABS) experiment. A blog in Canada’s Financial Post this week suggested that they have doomed the possibility of ABSs being introduced there.

So here’s my question. Why?

Recent years have been littered with tales of financial mismanagement at ‘traditional’ law firms large and small. This is hardly an ABS-only issue. Just look at the fraud trial currently underway in the US in relation to the collapse of Dewey & LeBoeuf, at the time one of the world’s largest law firms.

Does that mean law firms as a concept are flawed? Of course not. Bad business practices occur in every walk of life and that’s the point.

What we haven’t seen, so far as I’m aware, is any suggestion of professional misconduct. The legal side of Quindell and Slater & Gordon are clean. No improper pressures or practices imposed by non-lawyer owners, no clients mistreated or ripped off. That, to me, is where the ABS concept would be in danger.

Indeed, one could even make the case that had Quindell not been a public company, and subject to intense market scrutiny, what happened may have gone unnoticed for far longer. It would be fascinating to know what the Solicitors Regulation Authority has been up to in the three years since Quindell burst onto the scene, and the degree of scrutiny it has applied to the company’s accounting practices.

So while Quindell has been, and continues to be, one hell of a story, I don’t think it is the apocalyptic event some see it as or want it to be. And let us not forget that there is more to ABS than listed companies.

Over at Slater & Gordon’s headquarters in Melbourne, it may be feeling somewhat apocalyptic, however, as the share price continues to slide.

My instinct – and nothing more than that – is that the storm will pass. If nothing else, Slater & Gordon’s management know how to do a deal; MD Andrew Grech and his colleagues have made literally dozens of acquisitions in the eight years since the firm floated, even if Quindell’s professional services division (roll on the new branding for that, by the way) was by far the largest to date.

Mr Grech has repeatedly highlighted the fact that 70 lawyers reviewed 8,000 Quindell cases, and that it applied its own accounting policies to the books. That’s a lot of due diligence. Though pretty much everyone’s reaction has been that £637m seemed like an awful lot to pay, they’ve got their heads under the bonnet and we don’t. And again, due to their public listing, if things start to go wrong, we’ll know about it soon enough.

Whether they considered the potential for reputational damage, given the terrible press that had long surrounded what they were buying, is a separate issue.

This story has a long way to run. But as things stand, ABSs should still easily outlive it.