Why raising the SRA’s fining powers is good for solicitors

A guest post by Robert Forman, co-author of The Solicitor’s Handbook 2022 and senior consultant at Murdochs Professional Discipline Solicitors 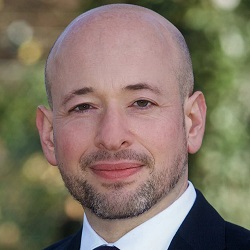 Forman: If you’re referred to the SDT, you’ve already lost

As a result, the Solicitors Disciplinary Tribunal (SDT) remains the principal disciplinary authority for the latter two, as it has unlimited fining power.

Since 2012, the SRA has repeatedly tried to increase its powers of sanction for traditional firms. Its latest consultation closed in February 2022, seeking a much smaller rise in maximum fine, to £25,000.

It also proposes to apply a means test, in the case of firms, capped at 5% of a firm’s turnover, and to introduce fixed penalties of up to £1,500 for what it deems to be minor infringements.

Whereas previously the SRA cited the rationality of uniform fining powers, this time the focus is on practical benefits: reducing delay, costs and stress.

The SDT argued that, beyond this figure, the SRA should not act as judge and jury, there would be no reduction in delay, it would increase inappropriate plea bargaining and risk miscarriages of justice. There was also, it observed, a lack of transparency in SRA decision making.

The Law Society accepted that there would be a reduction in delay, cost and stress, but was concerned about the SRA acting as judge and jury and the lack of transparency in serious cases.

There are many valid complaints that can be made about the SRA, but in my view increased SRA fining powers are, on balance, in the interests of all concerned. Here’s why.

When a solicitor or firm is referred to the SDT, irrespective of the allegations, they’ve already lost. This is the consequence of an unjust costs regime in which it is almost impossible for a respondent to recover their defence costs – even if no allegations are found proven against them.

Make at least minor admissions, and the respondent will also be ordered to pay the bulk of the SRA’s costs – typically significantly higher than any fine ordered.

A fine of £25,000 is a frightening sum of money for most. However, by comparison, the SRA’s costs claimed at the SDT are frequently £70,000+, covering its representation and the “forensic investigation”. Add to that the costs of defence representation, and you get the picture.

By contrast, when the SRA issues an internal sanction, presently it imposes a cost order of just £1,350.

By avoiding SDT proceedings, the SRA for its part (and thus the profession) will also avoid its unrecoverable costs, and the cost of running the tribunal will be reduced.

There is a risk that solicitors and firms will agree to fines rather than incur the costs and exposure of contested SDT proceedings – but that already happens in the SDT.

The majority of cases ending in fines of between £2,000 and £25,000 are resolved by way of an agreed outcome, almost all approved by the SDT.

The SDT says that most cases take four to six months to process. What’s not said is that, following the decision to refer, it invariably takes the SRA at least six months to prepare SDT papers, and therefore SDT proceedings extend the disciplinary process by at least 10 months and more likely 12-15 months.

Low risk of abuse/miscarriage/lack of transparency

If a sanction is agreed, it will be recorded in a regulatory settlement agreement setting out the allegations, misconduct and mitigation, and publicised.

If the fine is not agreed, and simply issued by the SRA, the solicitor or firm can appeal to the SDT.

Concerned about the risk of miscarriage, the SDT cites that in 2020 all allegations were found not proven in eight cases. I appeared in two of them – such cases invariably include an allegation of dishonesty and will continue to be referred to the SDT.

There’s a valid concern here. However, with a right of appeal to the SDT, the solicitor/firm is not in a significantly worse position than they are in the present system.

While currently, if the SRA make a referral to the SDT it has not imposed a sanction, it has nevertheless made a finding of fact that misconduct has taken place.