Why more firms need to sign the Woman in Law Pledge

Guest post by Amandeep Khasriya, an associate solicitor at Moore Barlow and a committee member of the Law Society’s women lawyers division 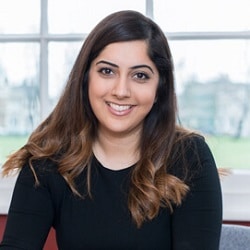 This year has been a challenging one in many respects for women in the legal profession. In the month which many of us wanted to celebrate the anniversary of the Equal Pay Act, we were greeted instead with the news that the enforcement of gender pay gap reporting would be suspended, only a week before the reporting deadline.

In the light of this decision, it is more important than ever that businesses are equipped with all the knowledge they need to combat the injustices that many women – particularly those looking to move up the career ladder – still face.

In the legal profession, we have our own gender equality challenges. To help combat this, the women lawyers division of the Law Society created the Women in Law Pledge. The pledge, launched in partnership with the Bar Council and Chartered Institute of Legal Executives (CILEx) in June 2019, was designed to put gender equality at the top of the agenda for our profession.

I am proud to have been part of this initiative since October, promoting its value and importance across the profession while also examining how it might look in the future.

The pledge contains eight straightforward actions which all law firms – small and large, regional and international – can commit to. Obvious, but currently unfulfilled, measures such as committing to tackling sex discrimination at the senior level can make a real difference to gender equality in the profession.

The pledge has already been signed by many high-profile law firms, from Clifford Chance to RPC, as well as professional groups like the Solicitors Association of Higher Court Advocates.

For the pledge to create the widespread structural change that is so urgently needed, we need more firms to sign up.

For the first time ever, there are more women in the profession than men. Yet, last year the Women in Leadership in Law report concluded that the senior levels of law firms do not reflect the true composition of a profession which has a significant female majority at the point of entry.

Following extensive roundtable discussions and in-depth surveys, the report identified that perception of unconscious bias is one of the main barriers for career progression.

Given that women are not proportionately represented in senior leadership roles in the industry, firms need to set targets. I recognise that clear targets are a thorny issue for many in senior management in the legal profession, but it is one of the most obvious ways we can move forward on this issue.

Many in the profession are still reluctant to discuss targets as a way forward, as it supposedly undermines a meritocratic approach. We need leaders across our profession to stand up and recognise the need for a target-driven approach.

Another commitment included in the Women in Law Pledge is to tackle workplace culture and bias that may result in differential outcomes in the workplace. This must be part of a wider action plan that supports the progression of women into senior roles in the profession by focusing on retention and promotion opportunities.

This is where remuneration enters the picture. Over 60% of respondents to the Women in Leadership in Law survey said that, based on their knowledge and experience, they were aware of a gender pay gap within their organisation. Worryingly, only 16% of respondents said that visible steps were being taken to address the issue. Fewer women reported steps had been taken (15%) than men (32%).

Accountability here is key, which is why one of the Women in Law pledge commitments is to ensure that there is one named member of a firm’s senior leadership team who is accountable for gender diversity and inclusion.

Given that reporting on the gender pay gap has been suspended this year, it is more important than ever that businesses hold themselves accountable. Analysis from PwC has shown that 48% of organisations have continued to report, despite the recently announced pausing of enforcement.

This is encouraging, but sadly it is still the case that 30 of FTSE 100 firms have not reported. The median gender pay gap at firms which did disclose is 13.7%.

I am proud to work for a firm like Moore Barlow, which recently celebrated a gender diversity milestone at leadership level. Our equity partner female to male ratio now stands at 52% and 48% respectively – bucking the trend and setting a positive example for top 100 firms.

We need more firms to follow suit, which is why I am proud to be part of the Women in Law Pledge. Although there has been much welcome action in the past year – in part prompted by the pledge itself – there is still so much more to do.

While COVID-19 has presented a stark challenge to many businesses, including law firms, equality should never drop down the agenda.

Find out more about the Women in Law pledge here.