Why is marketing fine except when done by CMCs? 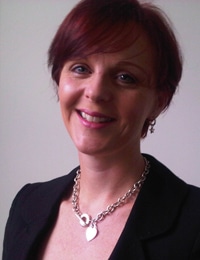 I’ve been in ‘the industry’ for over 20 years, working as a personal injury (PI) lawyer before and after the Access to Justice Act.

In the early days I represented clients who were introduced by before-the-event (BTE) insurers where the firm would agree to accept X number of small claims in return for Y number of cost-bearing PI claims running the low-value claims as loss leaders. The firms I worked for subsequently became panel members of organisations such as Claims Direct and The Accident Group whilst maintaining the BTE arrangements. They were also running free clinics, Citizens Advice Bureau workshops and working with charity organisations.

All of this work predated changes in 2004 to the Law Society referral code ‘allowing’ the payment of referral fees for the introduction of business to law firms. One way or another those law firms I worked for were ‘paying’ for the acquisition of work long before the change to the code.

Introduction is a common part of business life – look to the payment of commission to intermediaries such as insurance brokers, car salesman or aggregator sites dealing with energy services. It’s part of a competitive marketplace. Those end providers such as insurers, car manufactures and energy companies sell their services direct to the public as well but they have chosen to spread their routes to market across as wide a plain as possible – it makes business sense and gives the consumer choice about how they purchase products and services.

I suppose there is a consumer argument that the prices could be cheaper if you approach the producer directly. This may or may not be true. The seller receives less income if an introducer is used because fees are shared or commission is paid. But the seller has to weigh up the fact that when it sells direct, it has to bring the consumer to the door through some form of advertising. Everywhere there is cost in ‘selling’ their product – introducer fees or own advertising costs.

So, why is it different for claims management companies who stand as marketeers, introducing business to law firms? Why is their behaviour, and I clearly mean behaviour within the rules and regulations, considered so abhorrent that the government should consider banning it?

Within a free market and with law firms governed by their own (extensive) regulation, why does the government feel the need to step in? If, dear reader, you say “because of the compensation culture”, I may very well weep. This ‘culture’ is a perception of a culture. Please tell me that in 2011 our MPs are not wasting their time and our money on legislating a perception? An injury sustained without the negligence of another is an accident. Just an accident. No matter what may be thought about the ‘have a go’ culture, its legitimacy or otherwise, this fact remains.

Law firms can operate in exactly the same way as the sellers mentioned above. Their ‘product’ is their legal services and their consumer the potential claimant. They can advertise themselves at a cost to the practice, they can link up with trade unions or representative bodies, they can decide to wait for customers to come to their door through reputation without any of these methods or they can decide to use an intermediary/introducer such as a claims management company.

In every single example, the law firm will have incurred cost, although in the zero action scenario the ‘cost’ may be the time spent creating the reputation.

The thing about PI claims is that the majority of claims are subject to a fixed costs structure; the personal injury lawyer cannot pass on the increased or variable cost of marketing to another party. They have to cover their marketing costs from the fixed income available to them. If they get their marketing wrong, there is no chance to raise fees to recoup the loss.

I anticipate the argument that the ‘referrers’ are concerned just about the money, and not the quality. Let me be honest – of course we need to be sure that our fees are paid; what functioning business doesn’t?

I could cover this point at length, but as a business making a recommendation of another business’s services, I have every interest in ensuring that we work with firms that provide a high level of service; our business has its own reputation to uphold. If we wish to maintain our position and not be defeated by complaints about the legal service our lawyers provide, we have to care about quality.

Detractors say that CMCs incite claims and that when somebody else is footing the bill, this is unacceptable behaviour; that it is wrong to profit through another person’s misfortune. But excuse me if I’m misguided, but since when has the entitlement to profit been linked with misfortune or otherwise? Undertakers profit from death, counsellors from misery and private healthcare providers from a mix of both.

I do not accept that helping legitimate claimants achieve access to legal services and the justice they are entitled to is wrong or that lawyers, as legitimate business people, should be prevented from utilising the benefits of ordinary commerce by letting a marketing company take the risk with an advertising budget.

Insurers are spending millions (rather, tens of millions) to drive business to their companies. I already know that the insurers don’t like the idea of restricting the free market; the Association of British Insurers’ (ABI) Nick Starling said as much at last month’s I Love Claims seminar. Well, that is until you talk about the free market as it applies to claimant lawyers. Then the ABI are 100% behind the curtailment of marketing activities. Not just the ‘obvious’ push for a ban on referral fees but the heavy push to reduce the fixed cost allowance to remove any profit (they like to call it fat) to prevent advertising, however lawyers may wish to do it.

With all the rhetoric about referral fees, it is worth remembering that the government is not a disinterested party (it is the defendant in many actions) and insurers have every interest in pushing down the number of claimants or staging an argument to try and bring down the value of fixed fees.

In the process of accepting the ban on referral fees as a done deal, we may be accepting the restriction of access for many consumers and the movement of business around the legal market. We may also be allowing insurers to stage a coup on the level of fixed fees for road traffic cases by looking at them in isolation.