Who’s crazy? The LSB or me? 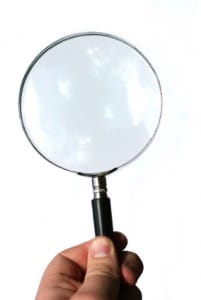 Scrutiny: will publication improve transparency or just help competitors spy on each other?

Is it me, or is the Legal Services Board’s (LSB) suggestion that regulators should collect and publish all agreements between introducers and lawyers slightly barmy? Can you have too much transparency?

After I first revealed it last month, the LSB yesterday confirmed that it has come down against banning referral fees but wants to improve transparency (see story). Nothing wrong there, and requirements that all agreements for referral arrangements should be in writing and that there should be crystal clear disclosure to the client, along with telling them that they can seek advice elsewhere, seem fair enough.

But publishing the actual agreements lawyers have with their introducers? Where did that one come from? Various other ideas have been floated over the years – standard agreements, model clauses and so on – but this one has appeared seemingly from nowhere.

The LSB recognises that this is a new idea, and says it wants to establish “whether there would be any issues regarding commercial confidentiality”. I’m guessing there would be – presumably introducers do different deals with different firms, for one thing. I can’t imagine the big insurers will be overly keen on this.

The idea would also introduce extra costs for regulators, lawyers and introducers. “However, we believe these new costs would be outweighed by the benefits arising from a more transparent and competitive market,” the LSB says.

The LSB’s rationale for publication is that the contractual agreements between a lawyer and introducer are at the heart of the issue of referral fees. “They are the evidence of whether or not parties have the intention of acting in the best interests of consumers,” the discussion paper says.

“Publishing this information for scrutiny by the market, consumer organisations, and consumers themselves should help to ensure that agreements are structured with consumer interests at their heart. We believe that this level of transparency will aid general economic efficiency, allow for the accurate tracking of trends by regulators and give firms every incentive to consider actively where and how to invest to acquire work in a way which minimises their own costs and so contributes to lower charges for consumers.”

The requirement, the LSB reasons further, is likely to bring pressure to bear on the terms of the agreements to ensure that they are compliant. Firms may also choose to use the information to differentiate their offerings to consumers, increasing competition in the market.

First of all, I doubt many (any?) consumers would make much use of such information. It would probably be mainly used by lawyers and introducers to check out what their competitors are up to, rather than display their altruistic concern for how the consumer interest is being served.

Second, is this transparency gone mad? Are there comparable requirements in any other sector? I must confess to not knowing much about life outside the legal world, but I am not aware of any and would be interested to hear from those who are better informed.

Third, the logistics of the exercise look pretty formidable.

Fourth, I wonder how easily it sits with outcomes-focused regulation (OFR), towards which all the regulators are moving with the LSB’s active encouragement. OFR is about setting out the principles and trusting lawyers to get regulation right. The presumption is against prescriptive rules. In exceptional cases, such as the accounts rules, detailed rules were felt to be justified, but the draft code of conduct published by the Solicitors Regulation Authority (SRA) in May did not include referrals among that list and stripped down rule 9 to four outcomes and 11 indicative behaviours.

Publication as suggested by the LSB looks a heavy-handed solution that implies a serious problem. Is the evidence uncovered by the LSB’s economic research and its consumer panel strong enough to justify it? If so, maybe the SRA should be rethinking its approach to the new rule 9. I’m not sure both of these can be right.