Where now for legal regulation? 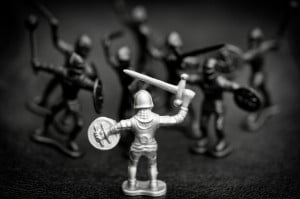 Surrounded: the regulatory regime is under attack from all directions

Since then, we have had justice secretary Chris Grayling revealing that he had set the Legal Services Board (LSB) the task of working towards its own abolition, and both the Lord Chief Justice and president of the Supreme Court concluding that a single regulator for legal services will eventually be required.

The Ministry of Justice’s (MoJ) call for evidence on legal regulation proved beyond doubt that there is a great deal of dissatisfaction with the current framework – one that comprises nine pieces of primary legislation, over 30 statutory instruments, the rules and regulations of 11 approved regulators and the rules of the LSB and Legal Ombudsman. I have outlined the shortcomings many times on this website, and it has few defenders.

But the exercise equally proved how little consensus there is on what reform should look like. As the MoJ’s detailed response paper to the call for evidence noted, there were recommendations to go in every possible direction: “[Suggestions included] deregulation; industry self-regulation; making stronger ties between regulator and representative bodies; making weaker ties between regulator and representative bodies; having independent regulation retaining sector-specific regulators; having an independent single regulator.”

(On a side note, my understanding is that Law Society optimism that the government could be persuaded to return some responsibilities from the Solicitors Regulation Authority was dashed by the big City firms, who made it clear to Mr Grayling that they would not countenance a return to the old ways.)

The eventual end of the LSB would not be a complete shock – even as the 2007 Legal Services Act was going through Parliament, the board’s lifespan was being questioned – but it cannot just disappear without the Act being rewritten. The various statutory functions it has need to go somewhere or be abolished.

So even though the government currently has no appetite for statutory reform, one way or another it will eventually have to happen.

But while the end of the LSB may be on agenda, it is far from dead yet. The LSB would contend that its work is far from done – its new chairman believes the legal market still to be “too intimidating and too expensive”, while the independence of regulation is far from embedded.

For evidence of that, look no further than the Solicitors Regulation Authority’s complaints about Law Society interference, and the LSB’s investigation into the Bar Council’s influence over the Bar Standards Board’s changes to the cab rank rule.

In any case, the call for evidence prompted the LSB itself to set out a roadmap towards its demise, but one that has a new single regulator as the destination. By forcing the LSB – above all other respondents – to set out its long-term vision for the future of legal regulation, the MoJ has begun the process of change.

My understanding is that the need for fundamental reform has been recognised by the MoJ. But aside from the lack of consensus on what this should be, the timing did not work. Next year’s election looms ever larger, and legal regulation is not exactly a vote winner.

Should the Conservatives be returned to power (with or without another party’s help), don’t expect it to be on the agenda immediately, but come the second and third years of the next Parliament, the government will return to the issue.

There is no guarantee, of course, that the LSB’s so-called blueprint will be the direction of travel, but everything the LSB does from now will need to be seen through that prism.

The Legal Services Act 2007 – aka the Clementi compromise – always had a limited shelf life, and 10 years may well be about right.

The last seven years have raised many questions. Do we need the same activity, such as advocacy, overseen by multiple regulators? Should different lawyers (and there are eight ‘breeds’, according to the Act) have different standards of conduct? Are costs savings through shared services a good enough reason to have regulatory bodies structurally part of the organisations representing those they regulate?