Cracking the non-PI consumer legal market could be the biggest prize yet. So why, asks Simon Goldhill of Legal Futures Associate Simon Goldhill Consultancy [1], is everyone looking the other way? 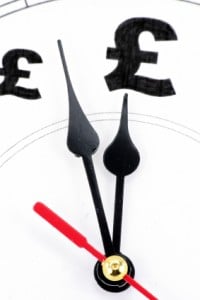 Tick tock: the opportunity in the non-PI consumer opportunity will be seized sooner or later

Law is big business. According to the latest government figures, the UK market generates over £26bn per annum. Recent analyses suggest that just under half of that comes from the business and commercial sector. Of the rest, £3.5bn relates to personal injury (PI) and £1.5bn to crime.

That means that the non-PI consumer legal market in the UK is worth around £8bn per annum. This is equivalent to the entire 2012 turnover of the UK’s creative, arts and entertainment services industry.

So a third of the UK’s entire legal market spend relates to activities such as conveyancing, wills, probate, employment, consumer issues and family law. Delivery within this market is highly fragmented and largely in the hands of high street firms. With apologies to the few exceptions, most will not be particularly efficient or customer friendly. Yet nearly all of them are making a pretty good margin.

Liberalisation of the market opened the door of this market to big business. Here come the major consumer brands led by Tesco Law – or so we thought.  Those indicators above would seem to suggest that this sector of the market was ripe for the picking. The experience to date is somewhat different.

By the end of April 2013, the SRA had issued 138 ABS licences, of which the majority (86) were issued to existing SME solicitors’ firms or niche single-activity practices, for which a licence is unlikely significantly to change the way that they provide their services. The majority of the remainder were PI focused – five were issued to motor insurers for their captive operations or brands, and 25 to smaller dedicated PI and RTA accident management businesses. The only national consumer branded ABSs which have the potential to look outside of PI (although both do currently have a significant focus on it) are Co-operative Legal Services and BT.

So why has there been little apparent focus to date on the non-PI consumer market? There are two main reasons:

First, PI is going through massive changes and there has been a huge amount of both internal and public attention on this segment of the market. Consolidation and vertical integration have been the name of the game and the external funders looking to get into the legal market have tended to focus their efforts and resources here in building up large existing operations. It’s where the apparent low-hanging fruit lies for those who can get their distribution and delivery models right. There are apparently still 100 or so ABS applications going through the process.

Second, for many traditional full-service SME firms, it’s just another option (or a necessity for those that had become legal disciplinary practices) for how they structure their business, or an opportunity to bring non-lawyers into the equity. Becoming an ABS is unlikely to change their underlying business model.

And what of the future? After the initial spate of investment by Duke Street (Parabis), LDC (Keoghs) and Palamon Capital Partners (QualitySolicitors), there seems little appetite for external capital to pile in as nearly everyone had predicted. Many looked at traditional law firms, only to discover the downsides of the partnership model as an investment opportunity. With the recent public focus on PI and the revelation of the scale of the rewards that can be made in claims, it is hardly surprising that the major area of activity has been in that market, driven by models such as Quindell’s accident management vertical integration.

If, as now seems increasingly likely, the government raises the small claims limit for PI to £5,000, that will rip the business plans of all solicitors in that market to shreds – large and small. The larger players may be forced to shift their focus to the non-PI consumer market, which sits alongside PI and remains still largely untapped. The tie-up between Saga and Parabis to offer legal services to Saga’s customer base may be the first of a new wave of legal service providers looking to muscle in.

The scale of the opportunity in this market makes it inevitable that significant activity in this market will happen. Events in the PI market may affect the timing, but when you have a market that is characterised by non-existent brand recognition, poor distribution models, highly fragmented and inefficient delivery, and operates on a broken business model, yet still brings in £8bn per annum and remains profitable for the thousands of businesses involved, people are bound to start looking.

It may take another year or two for the penny to drop, but it’s only a matter of time.

A more detailed analysis of the licences granted by the SRA can be found on Simon Goldhill’s website here [3].