When three into two will go 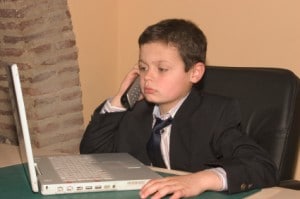 Doing a law degree was great. Not because of the law, I should say, but because the 10 or so hours a week of formal studying left lots of time for other, somewhat more fulfilling activities. One was, of course, expected to spend lots of time in the library between lectures, but thanks to the wonders of Nutshells in particular (may their authors be eternally blessed), I just about made it through without.

It would be wrong to say I got nothing from my law degree (at Manchester University) – and compared to the soul-destroying Law Society Finals it was an absolute riot – and so I have been unsure how to react to the debate about the College of Law’s new two-year law degree, following BPP’s lead.

Others are not impressed. In the Guardian, Alex Aldridge doubts whether it will actually save students much money or whether the course will produce graduates who will appeal to the big City law firms. Professor Richard Moorhead of Cardiff Law School worries that the course will not allow students to develop the necessary skills that a traditional degree does. However, Charon QC (aka legal educationalist Mike Semple Piggot) suggests it would be folly to write off the chances of the College of Law and BPP rapidly gaining credibility for their courses.

I have waited to have my say until I got a better idea of what this practice-focused degree will look like. The College has given me some background material, and I have to say that it feels more like the graduate diploma in law/legal practice course than a degree. All the tutors will be practitioners, rather than academics; students will produce reports, analyses and opinions, not essays and discursive answers to academic problems; there will be regular timetabled sessions on “employability”; large group sessions will be interactive, rather than university-style lectures; and every student will have a qualified lawyer as a mentor.

The material I have seen explains that subjects and themes will first be studied in practical terms, concentrating on common contexts and situations; and the personal, commercial, business and financial factors operating in these contexts and situations where the law has an impact. I’m struggling to understand exactly what that means, to be honest, but part of it is that learning about the development of the law in a discursive way will not be on the agenda.

The papers say: “At this stage, legal knowledge will be provided in the form of the standard, most important, rules and principles applicable in the majority of, or most common, situations. Most particularly, the rationale for these rules or principles will be established.  This approach will provide a foundation for the later detailed exposition of the source of that law, whether common law or statute.

“An analogy would be the development of understanding of physiology, medical histories and symptoms, and the application of the principal medical and healthcare approaches.  At this stage, there would not be discussion of the history of the development of a particular drug or procedure, or any relative policy issues.”

The overall objective, says the College, is for students to approach law not as a range of discrete subjects but a series of concepts and rules applicable across a range of contexts, albeit with additional rules specific to individual contexts and practice areas.

The question this leaves in my mind is about the purpose of the law degree. For the College, it is to prepare students to become lawyers. Professor Scott Slorach, who designed the course, explains that it challenges the notion that academic and vocational training are mutually exclusive. It is, as he says, a more contemporary approach to the law as it is today.

But are students missing out by not having the more academic grounding in the law (there’s no jurisprudence in the classic sense on the College’s course, for example), and indeed learning skills applicable in many other contexts? This question is probably impossible to answer at the moment.

Currently a lot of law students for whatever reason go off and do something else once they’ve graduated (around 13,000 graduate with LL.Bs every year), while many solicitors do not have law degrees – more than a quarter of newly qualifieds, according to the most recent statistics. City law firms like trainees with a scientific or language background. How easy will it be for people like this to catch up with graduates of the fast-track LL.B?

Another issue is the speed with which students will be able to qualify (which cuts across the broader issue of the affordability and purpose of university, making two-year degrees potentially more appealing). A two-year degree, an accelerated six-month LPC (as now available) and even if you do a normal training contract (and the SRA’s work-based learning project could deliver shorter alternatives to that), you could be qualified in four and a half years. Northumbria University is piloting a five-year integrated degree, LPC and training contract. You will undoubtedly feel you’re getting older when the newly qualified solicitors really are getting younger.

I remain unsure what to think about the two-year degree except that I wouldn’t have wanted to do it. It promises the same number of credits and hours as a three-year degree. And that sounds like no fun whatsoever.