When eight into one may go 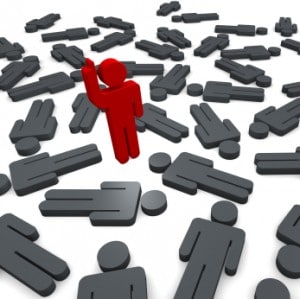 Last man standing: is a single regulator the future for the law?

Charles Plant, the chairman of the Solicitors Regulation Authority (SRA), has finally said the unsayable and brought into focus what could well be the long-term future of regulation for lawyers – a single regulator for all, rather than the multiplicity we currently have.

about what I see as the unsatisfactory aspects of the “Clementi compromise” and how it could lead us eventually to a legal equivalent of the Financial Services Authority. Mr Plant’s address to Monday’s Legal Futures Conference showed that such thoughts are held far higher up the food chain than me.

His outspokenness surprised me and others at the event – I wonder if he feels liberated now that the SRA has got its application to be an alternative business structure licensing authority through the Law Society Council. It had been described to me as the last significant decision the council could make that would affect the SRA, a point that in itself displays the underlying tensions of the regulation/representation split at the Law Society, about which Mr Plant also spoke (although these tensions are far less at the other bodies where there is such a split).

Mr Plant is undoubtedly right about the duplication inherent in the current system. Look at rights of audience as just one example. If the Council for Licensed Conveyancers is successful in its application for the power to grant rights of audience, that will leave the Faculty Office – the regulator of notaries – as the only one of the eight approved regulators unable to grant such rights.

Is it sensible to have seven different organisations regulating the same activity? In the case of some of the regulators, rights of audience are limited to certain courts, but the essential skills and competencies are the same. Or at least they should be, hence the quality assurance for advocates scheme being put together by the main three regulators (SRA, Bar Standards Board and ILEX Professional Standards).

I would not presume to speak for Legal Services Board chairman David Edmonds, but to judge by the number of times he waved around the Legal Services Act 2007 during my interview with him at the conference, I suspect his response to this might be that this is the hand dealt to him by the Act and there is not much he can do about it. In fact he confirmed what I had heard on the grapevine that he regretted his remarks to the Bar conference last November, at which he said the BSB should be the sole regulator of advocacy. “I was wrong,” he said simply.

Mr Plant was not, I think, making a land grab, although if there were to be consolidation, one assumes the SRA would be the last regulator standing. This is, I think, different from activity-based regulation, about which I am hearing more and more talk.

It will certainly be interesting to see what comes of Nick Smedley’s report for the Legal Services Board on the smaller regulators (basically everyone except the SRA and BSB), which I understand is now with the board. There has been much talk of consolidation among these already, with ILEX Professional Standards arguably the best placed to take the lead given that it has a broader perspective of the legal market than any of the others. This doesn’t need to mean a full merger, but at least some rationalisation of regulation.

The question of the future of regulation is now out there for everyone to see. It will be some years before it is answered, as Mr Plant acknowledged, but he has now framed the debate.

Three days on and I am very pleased with the way our first conference went; the feedback has been extremely positive and can I publicly thank those who took part from the platform and in the audience. It was a vibrant day, helped by the conversation that was going on simultaneously on Twitter involving those at the conference (myself included, @legalfutures) and those following it from afar.

Standing up on the platform worrying that everyone keeps to time is not the best way to get an overall feel for the conference and its themes, but if nothing else the multiple challenges facing lawyers came over loud and clear. It took former Law Society president Michael Napier, senior partner of Irwin Mitchell, to end the day on a very positive note, seeing the future as something exciting to be embraced. That is undoubtedly the spirit.