What’s the point of the Law Society? 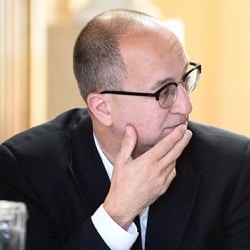 Passmore: The Law Society has lost its core purpose

The Law Society receives around £30m each year from the practising certificate and turnover fees paid by each solicitor and regulated legal business. This money is used to fund the trade association activities that the Law Society focuses on.

It explains its core focus as supporting its members but perhaps solicitors should be asking if it is really acting in their interests all the time?

As an example, let us take the case of the most recent regulatory reforms brought forward by the Solicitors Regulation Authority (SRA). These reforms finalise the professional indemnity insurance obligations on solicitors who from November will be able to deliver non-reserved legal services to the public from unregulated business and those will practice as freelancers (part of the SRA’s Looking to the Future reforms).

The Law Society is making one final attempt to prevent reforms that are designed to give solicitors more freedom to increase public and small business access to their expertise.

These reforms should increase opportunities for individual solicitors, so is it really in the interests of those solicitors to resist reform?

The Law Society has a long history of resisting reform in the legal market. It resisted the creation of Citizens Advice Bureaux before the Second World War, acquiescing only when told that they were just needed during the war.

After the war, when it became clear that CAB would continue, the Law Society resisted again. On both occasions it argued that work would be taken away from local law firms.

Chancery Lane was at it again in the early 1970s, resisting the creation of law centres, and it took the intervention of the Lord Chancellor to force acceptance, though law centres had to promise to not do crime or family work as that was the core of what many law firms made their income from.

More recently, the Law Society argued against key reforms Parliament required when passing the Legal Services Act in 2007. Subsequently it fought against Legal Services Board rules on independence and other proposals. It tried to frustrate SRA delivery of alternative business structures (ABSs) and effectively blocked multi-disciplinary practices (MDPs) in 2011.

Over the last five years, the Law Society has tried to stop the SRA’s Looking to the Future reforms. Knowing that it cannot be seen to be anti-competitive, the society argues that it stands up for the public interest.

It is remarkable that this coincides with the society’s view of the interests of law firms.

And now the denizens of Chancery Lane are at it again.

Were they right? Citizens Advice and law centres have improved access to justice. ABSs, separate businesses and MDPs have all provided new ways to organise and deliver legal services.

The most recent reforms will not take effect until 25 November 2019, but we can see from the significant number of waivers that the SRA already grants that the appetite among firms is substantial.

Again, this is increasing access to solicitors across the legal market. We will see more and more solicitors offering their ethical, expert advice from unregulated business as we move forwards. It is this that the Law Society has resisted most of all.

Ensuring that the different risks in different types of legal business – from global law firm to the high street, from unregulated outsourcer, through MDPs and floated firms to freelance solicitors – are recognised seems legitimate. But simply to resist reform is simply one more step in a protectionist history.

Indeed, I understand that back in around 2004 the Law Society considered allowing the same thing – proposed by its employed solicitors group.

They saw the benefits of increased access for the public to specialist solicitors and more opportunities for solicitors themselves. But they also recognised that it might not be in the interests of law firms if others business could compete with them. The proposals were stopped.

This goes to the heart of the issue. Historically the effect, if not the point, of the Law Society has been to protect law firms from competition. It is a protectionist trade association.

If we look at the 1960s code of conduct, it is clear – on issues from fee sharing to advertising – that stopping competition was central to the regulatory system the Law Society built and bequeathed to the SRA.

More recently, the Law Society had a reputation among some in Parliament of resisting reform and, to add grist to the mill, it was seen to have made a mess of consumer complaints. These are the reasons that we now have the SRA – almost an independent regulator.

The Law Society has lost its core purpose. Why does it still exist?

I suspect that the Law Society asks itself the existential question a lot. It lives in fear of losing the £30m it is permitted to tax the legal market for. It is absurd that ABSs, MDPs, the solicitors in those businesses, solicitors in separate business and those in unregulated business are paying 30% of their practice fees to an organisation that uses the cash to campaign against them competing against traditional law firms. It really is a model that cannot last much longer.

The Law Society has tried to square the financial circle with commercial activity. But most of the proposals go nowhere. As we saw with its trip to the Competition Appeals Tribunal on linking its conveyancing accreditation and training, the society does not even seem to know what income commercial activity brings in, let alone how large the losses have been that were subsidised by practice fees.

Many solicitors tell me that the Law Society is irrelevant, though expensive. Many firms are more engaged in their local law society – many of which are fabulous at helping and representing their local firms. City of London, Liverpool, Manchester, Leeds, Birmingham and Devon & Somerset are all thriving local law societies – I know there are many more too.

If the local law societies are best at representing firms, why have an expensive, unwieldy, national body?

My view is that it is captured by a group of smaller law firms and individual solicitors who have a backward-looking view of what a law firm should be. Many appear contemptuous of ‘big law’, of innovative law firms and of change.

The Law Society could offer solicitors specific support on legal specialism, risk management and ethics, keeping up-to-date with a changing legal market – all tailored to those increasingly varied practice environments.

It might offer guides on the changing environment such as on becoming a freelance solicitor, on establishing an unregulated separate business for certain non-core legal activities, on working in an MDP, or even on setting up an unregulated business employing solicitors to deliver non-reserved legal advice to business.

A modern Law Society could embrace change because it increases opportunities for solicitors. All the reforms it has resisted over 75 years have been accompanied by growing numbers of solicitors and increased access to legal services – these current reforms will be no different.

The Law Society needs to forget about protectionism. The City of London is full of halls that are a throwback to guilds we have forgotten about. Mercers, cordwainers, haberdashers and the rest are testimony to the fruitless pursuit of protectionism.

The Law Society will head in the same direction to irrelevance and then extinction so long as it campaigns against the interests of many of its members, resists change and becomes increasingly irrelevant to individual solicitors.

To deliver this sort of Law Society focused on members, we need to see significant governance changes, starting with the Council, currently compromising of 100 solicitors, to make it fit for purpose and flexible.

An immediate decision to not take 30% of regulated firm’s practising certificate fee would signal intent that it is focused on representing individual solicitors and does not favour one business model over another.

The rest of the world is looking to the leadership offered by England and Wales, not because of the outdated system the Law Society wants to preserve, but because we are embracing change.

Wouldn’t it be good if the Law Society used its energies (and its members’ money) to work with solicitors to explore how they work with other disciplines, think differently about what consumers want, explore innovation through collaboration and technology, and push the boundaries outwards?

Solicitors deserve a Law Society that is no longer battling to go backwards and wants to help shape the future.