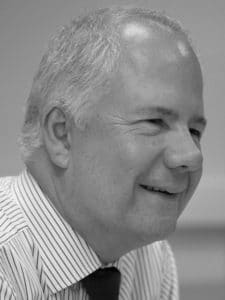 The personal injury industry is waiting with bated breath for the government to publish its consultation paper following the proposals in the Chancellor’s last Autumn Statement that the small claims limit could rise from £1,000 to £5,000, and that injured victims of road traffic accidents would no longer be able to claim for whiplash.

These reforms could dramatically change the way that people claim in the future, and how solicitors’ firms operate.

For the majority of personal injury claims, the proposed change would mean that clients would not have any access to legal representation where their injury claim is worth less than £5,000, being left to fight with the insurance company and their lawyers themselves. This would be an entirely unequal fight with insurance companies still employing lawyers to defend claims that will be brought by individuals.

Claimants would be forced to navigate the court process themselves, including obtaining and paying for medical reports. There are worries across the industry that this could lead to a high volume of people making small claims taking up more court time, putting a strain on the system, as well as insurance companies.

To attract an award for injury of over £5,000, an individual would normally have to have experienced medical symptoms for well over two years – most people would not define this as ‘minor’. As we know, personal injury claims sometimes appear to be uncomplicated but further on down the line, significant injuries are uncovered; ‘small’ claims often develop into claims exceeding the £5,000 mark.

The government has recently announced that the regulation of claims management companies will be transferred from the Ministry of Justice to the Financial Conduct Authority.

However, the proposals to increase the small claims limit and to stop people claiming for minor whiplash remain an ongoing debate – with potential backlash from members of the public if the proposed changes are made.

In order to stop people claiming for whiplash, the government needs to pass primary legislation in Parliament. Before this, constitutionally it needs to consult with interested parties or face a judicial review.

There will be a 12-week consultation, which looks likely to start next month. Then the feedback from the consultation needs to be considered, where all parties’ intentions are outlined. If the process continues, parliamentary time would be required. However, there is no parliamentary time until the end of the year.

If the legislation is then passed at the end of the year, then it will go to the Ministry of Justice to write the detailed secondary legislation.

Any changes could only come in to effect in April or October. It’s unlikely that the Ministry of Justice could have the legislation drafted to be ready for April 2017 so it’s more likely that the changes, if they come in, will begin during October 2017.

The increase in the small claims limit requires a statutory instrument rather than legislation, which could happen more quickly. However, it’s likely that they will bring all the changes in together.

We oppose the changes at Jefferies Solicitors – it will certainly have a negative impact on claimants who would be reluctant to claim compensation, thinking they are ‘too minor’, and the strain on the courts and insurance companies would have implications on the legal industry as a whole, not just the personal injury sector.