What’s all this about ‘new’ legal apprenticeships? 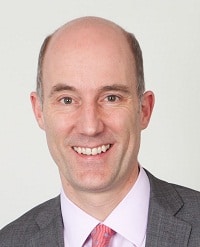 Bourne: there will some transferability between the qualifications

One of the big changes in legal education recently has been the rise of interest in apprenticeships as a vehicle for developing paralegal and non fee-earning staff within law firms. The drivers for this are partly economic but technological change and a realisation that talented young people were being missed in the quest for graduates have also played a part.

Since mid-2013, two specialist legal services apprenticeships have been up and running – the and higher apprenticeships in legal services. These are set at a level that allows apprentices to develop into competent fee-earners running less complex caseloads in a range of practice areas. The qualifications are accredited by the Chartered Institute of Legal Executives and grant exemptions against elements of the CILEx professional pathway, so that progression to qualified lawyer via the CILEx route is possible.

And apprentice numbers are growing. As well as an increasing number of smaller firms and in-house teams (including the BBC and several local councils), apprentices have been recruited by several larger firms, particularly those with a strong regional presence – Weightmans, Hill Dickinson, Kennedys, Clyde & Co and TLT to name but a few. Several firms have also taken apprentices on into administrative roles, often with a view to progression onto the more specialist legal pathway in due course.

So the news that several new legal “trailblazer” apprenticeships are to be launched (see here) initially sounds confusing. In fact though, whilst a lot of work remains to be done on the new qualifications, the new additions should eventually enhance the existing offer.

This apparent glut is a result of the government’s drive to encourage groups of employers to lead on the development of new apprenticeships that meet their business needs. So, firms keen to take young people on a vocational path all the way to solicitor status have backed the trailblazer for solicitors, and conveyancing specialists have worked with the Council for Licensed Conveyancers on the conveyancing pathways and so on.

It isn’t yet clear when these new trailblazers will become live – the links above are just to the high level ‘standards’ – but those for paralegals and conveyancers should be available at some point in 2015. The chartered legal executive and, certainly, the solicitor standards are more complex both because of their size and also because they tread squarely on the toes of the existing very well established pathways into the profession.

It is also a moot point as to how many firms will really want to commit to a five- or six-year training programme for an 18 year-old who is bright but untried in the workplace.

The extent, if any, of government funding for these new qualifications is less clear. The current suggestion is that the government will foot about two-thirds of the bill for training, but how this will work in practice remains to be decided. And it is unlikely that there will be government funding all the way up to the level of solicitor or chartered legal executive.

So, if your firm is considering taking on an apprentice, what should it do? Wait until these new qualifications are launched or start now? It really depends on two things: business need (i.e. there’s no point hiring a new employee unless you really need them) and the suitability of the current qualifications. There is currently no apprenticeship suitable for criminal specialists, for example.

However, if your firm is looking at developing staff who work in civil litigation, property, employment or personal injury, for example, then one of the existing apprenticeships could well be a good fit. And, of course, if your apprentice does really well, he or she can progress to one of the new qualifications in a couple of years’ time.

In addition, it is likely to be cheaper for you now than in a year or two and so you can test the model for less. For firms new to apprenticeships, a £1,500 per head grant is usually available and the government currently pays all the costs of the apprenticeship for those under 19 on enrolment, as well as a contribution for older apprentices who don’t have qualifications higher than A-Level.

To find out more about what’s currently on offer, there’s detailed information on Damar’s website here.