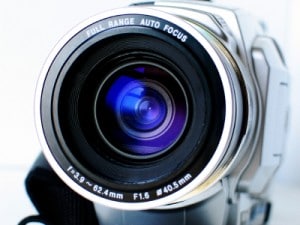 Strong focus: CPP has been working on what consumers, not lawyers, want

When you have been to as many legal conferences as I have over the past 15 years (and boy, have I been to a lot), you get practised at tuning in and out and getting on with other stuff – with the best will in the world, I’ve heard a lot of it before (and often from the same people). So listening to Shirley Woolham of CPP Group at the Epoq/Plexus Law conference on Tuesday (see story [2]) was exciting on a couple of levels.

First of all, here was a voice none of us had heard before (I must confess to not knowing of CPP, but then they do mainly offer white-label services, so I don’t feel too bad). Second, her dissection of the legal services market rang true. Her relentless focus on what consumers need and want, with the benefit of CPP’s considerable experience, is a foretaste of what might be coming down the track with alternative business structures.

Away from the big, obviously “legal” stuff, people want help with the little things in life that are legal problems but that they would never dream of approaching a solicitor over for all sorts of reasons. That people are put off by the legal process and cost of legal advice is nothing new, but CPP’s research has also found that consumers enjoy researching their rights and resolving personal disputes online, but equally a third of people did not know where to start in trying to resolve an everyday dispute. It was particularly interesting and surprisingly to find a good number suspicious of free legal support.

Clients want convenient and accessible advice, and a one-stop shop. Do many law firms really provide that today? And I mean really provide it? Like most things in life, this is in part about relationships. As Richard Cohen of Epoq told delegates at the conference, big brands are touching their customers on a regular basis; in general law firms forget about their clients as soon as the file is closed and bill paid.

There is a significant crossover here with the broader issue of public legal education to help people recognise problems and head them off at the pass, as well as the role of legal aid in the future – for example, there is a head of steam building behind the idea of a legal NHS Direct, a triage service that would help the public if possible or direct them to the most appropriate resource.

But for all that CPP’s proposition sounds sensible and appealing, it has a huge cultural barrier to overcome if it is to persuade people to spend money, even a relatively modest sum like £50, in anticipation of needing legal assistance. Though this is not legal expenses insurance, the offerings are not dissimilar and to date there has been no public appetite for standalone before-the-event cover, preferring instead to pay £20 to bundle it in with a home or car policy.

It is interesting that Halifax started down the road of a pre-paid annual subscription to a wide range of services via Halifax Legal Solutions, but now is just charging by the transaction via the rebranded Halifax Legal Express. The recession and the bank’s problems obviously did not help, so perhaps circumstances conspired against them and we cannot read too much into this.

It goes without saying that everyone should be working towards making the law as accessible as possible for consumers. It also goes without saying (I think) that too often the law is designed by lawyers for lawyers, not the people they serve. Non-lawyers, obviously, don’t think like this and that is where the big shift may well come next October.