Trust me, I’m a regulator 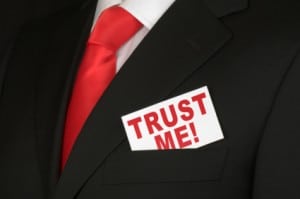 How SRA inspectors might look after OFR is introduced

No longer will solicitors have the comfort of detailed rules on how to comply with the code of conduct. They will instead know what outcomes they are required to achieve for their client (eg, the client knows all the funding options available to them) but be left to their own devices to ensure the outcome is achieved. Guidance attached to the new code of conduct will give some examples of what kind of evidence the SRA might look for (which one suspects will rapidly become the widely accepted procedure, even though that is precisely what it’s not meant to be), but solicitors will not know for sure if they are complying, despite their best efforts.

What this emphasises is that the success of OFR is less about the profession and more about the SRA changing its ways and image (a point that, in fairness, senior staff seem to recognise). The SRA knows it is seen as a nit-picker whose goal in life is to trip up solicitors – which it says is the result of the current rules-based regime – so proof of the OFR pudding will come when it judges that a solicitor has not achieved a particular outcome despite an honest effort to do so. A post-OFR SRA should look to work collaboratively and positively with that solicitor and not take regulatory action against him.

The move to OFR, and introduction of new elements such as the expectation that solicitors will own up if their practice is in financial difficulties, require a major shift in culture, both at the SRA and among solicitors. This may seem the wrong way round, but it will first be for the regulator to prove to the regulated that it can be trusted.

But such changes never happen quickly and so the reality of OFR is likely to be rather humdrum, at least at first. It seems clear that if firms continue to operate the procedures that comply with the current Solicitors Code of Conduct, then they will also comply with the new code. Rather than take the risk of introducing new procedures to take advantage of OFR, I suspect that many will make the easy choice of staying as they are.