Tombola time for COLPs and COFAs

In her latest blog on COLPs and COFAs, Allison Wooddisse, head of Legal Futures Associate LexisPSL Practice Compliance, looks at the ins and outs of the application process 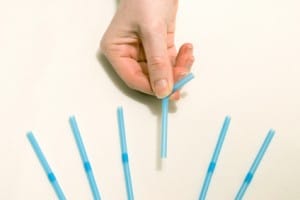 Well done, you're now our COLP

Beware the British summer – the season of storms, gales, flooded caravans, transport chaos, sporting disappointment and, if you’re not careful, one other seasonal surprise.

At this time of year, many firms rally their troops with an office summer party. Often held outside, it seemed such a great idea all those dark, wet, cold months ago. Now that it’s light, wet and cold, don’t make the mistake of going on holiday without knowing who won the COLP raffle. Your post-holiday, back-to-work blues won’t be helped by finding that you drew the winning ticket in your absence.

Roll up, roll up!

If you haven’t already done so, now’s the time to appoint your COLP and COFA because the SRA’s nomination process has finally opened, but don’t hang about because it closes again on 31 July 2012.

You’ll be pleased to hear that the nomination process won’t go through mySRA, although all nominees have to have a mySRA account. On 31 May, the SRA e-mailed your firm’s authorised signatory a customised link to an online nomination form.

The SRA hasn’t published the form, so it’ll be a voyage of discovery as you go through it. We do know it’s a three stage process:

Stage 1 – the authorised signatory completes and submits their part of the online form, which the SRA will acknowledge by e-mail.

Stage 2 – then and only then will the SRA e-mail the COLP a hyperlink to their part of the form, which has to be completed and submitted online.

Stage 3 – once the COLP has done their bit, the COFA will receive their hyperlink to complete the third and final part of the form.

Once each stage of the process is completed you can’t go back and make amendments. If you need to make changes, you have to contact the SRA and ask for a new hyperlink.

What’s in the form?

The SRA’s new online guide to completing your firm’s COLP and COFA nomination doesn’t give a consolidated list of what’s in the form. Piecing together recent SRA announcements we’d expect that:

How long have I got?

All three stages of the nomination process have to be done by 31 July 2012 and you should get started now. Whatever you do, don’t leave it till the last minute because you won’t know whether the process will run smoothly until you try it, eg your COFA might have to register for a mySRA account before they can even receive their e-mail.

Once all three stages are done, your authorised signatory will get an e-mail from the SRA summarising the information submitted. You can’t assume that your nomination has been properly submitted until you get this e-mail. Once you’ve got the e-mail, it could all go very quiet; the SRA has given itself until 31 December 2012 to let you know whether your nominations are approved.

There is a silver lining to this: the SRA has put back the date that your COLP and COFA take up their roles. It was meant to be 1 November 2012; it’s now 1 January 2013.

If you’ve drawn the COLP short-straw, you’re responsible for all areas of compliance apart from the SRA Accounts Rules, which falls to the COFA.

You’ve got six months to get the firm’s house in order before you become officially responsible for compliance on 1 January 2013. For more information on what this actually involves and, more importantly, where the buck rests when things go wrong, see my blog from February.