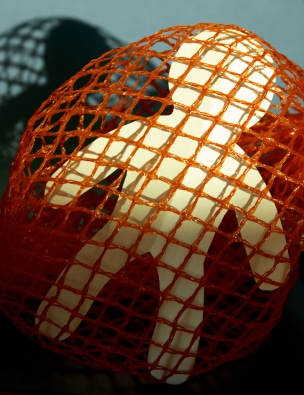 Caught in the net: LeO needs to get on with extending its jurisdiction to will-writers

This week marks the end of a consultation by the Legal Ombudsman (LeO) on its strategy for the next three years and its business plan for 2012-13.

Among other things, it asked for initial responses on whether it should activate the power given to LeO in section 164 of the Legal Services Act to add a voluntary jurisdiction to its statutory one. The idea, says Elizabeth France, chair of LeO’s parent body, the Office for Legal Complaints (OLC), is to “fill gaps in access to free and fair redress for consumers of legal services”.

Chief ombudsman Adam Sampson has made no secret of his interest in and is understood to have had talks with industry representatives over incorporating their members into the scheme. His view was shared by last year, which warned that it could take the Legal Services Board several years to make will-writing a reserved activity – assuming it arrives at that conclusion.

LeO uses tentative language, such as “developing an approach” to the voluntary jurisdiction, and talks – in its strategic plan – of conducting research into how to fund the extension. But having identified the “gap” – namely that people are buying things they believe to be regulated legal services but have no access to redress – there is a good argument for not hanging around.

As far as the consumer lobby and the regulated profession is concerned, LeO is unlikely to meet resistance. In its response to LeO’s call for feedback, the Legal Services Consumer Panel said a voluntary jurisdiction would be “extremely welcome”, albeit as “a helpful stop-gap” in lieu of “mandatory redress for all legal services”. Lest we forget, the panel has powers under the Act to recommend extending LeO’s jurisdiction to the Lord Chancellor.

The LSCP sees all sorts of benefits over and above giving redress to people who have none: it is a deterrent to poor practice in firms covered by the voluntary jurisdiction, it levels the field between regulated and unregulated providers, and it lessens the pressure on government to bring in Draconian regulation.

In its response, the Law Society is broadly supportive – or at least not hostile – but says it will wait to see what LeO research throws up in the coming months. It also raises the spectre that a voluntary scheme might be counter-productive, in that it could “provide a degree of false assurance for consumers”.

A key concern for the society is that the profession and its regulators should not be asked to subsidise providers from the unregulated community.

The task of framing the voluntary jurisdiction certainly presents LeO with challenges. As well as devising a satisfactory funding arrangement, there is the question of drawing the scheme’s ambit; whether to draw the line according to entity or legal activity, how to decide where legal advice stops and becomes general advice, and so forth.

Mr Sampson is confident that LeO’s infrastructure could survive a large influx in complaints. In theory at least, costs should fall as throughput increases, through economies of scale, he says.

Looming large behind the LeO’s pursuit of a voluntary jurisdiction is the publication in November by the European Commission of a directive on alternative dispute resolution (ADR) that will require EU member states to give consumers of goods and services access to “quality out-of-court entities” to help them resolve disputes.

The directive is scheduled to be adopted by the end of this year and member states will have to comply by the second half of 2014. It remains to be seen whether the government will make UK traders’ participation mandatory.

This could supersede the voluntary jurisdiction. By the time consultations have taken place and rules approved, it could be 2013 before the extended scheme is up and running.

Speaking at a roundtable discussion on LeO’s strategy and business plan at the end of last year, which Legal Futures attended, solicitor David Thomas, lead ombudsman at the Financial Ombudsman Service and a member of the OLC, observed: “The European stuff is coming in 2014… So you sign up one of the will-writing organisations to the voluntary jurisdiction and you create a model which is immediately ruined a year later when all will-writers have to be covered by an ombudsman.”

The direction of travel in legal consumer complaints is such that LeO must press on with switching on its voluntary jurisdiction. As Mr Sampson wryly commented at the London roundtable: “There is every chance that whatever temporary solution we come up with in the next 12 months will still be there in 10 years.”