The ticking bomb of referral fees 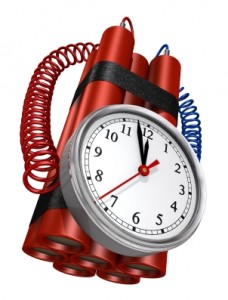 The referral fee ban: in whose face will it blow up?

There is an interesting game of pass the parcel going on over referral fees right now – made more interesting by the fact that the parcel is ticking loudly.

As I predicted, the Ministry of Justice (MoJ) has stepped back from the enthusiasm of justice secretary Ken Clarke and his predecessor Jack Straw to make paying referral fees a criminal offence. Finding a precise definition of a referral fee is so hard that it would, inevitably, have been an offence easily avoided.

So, as minister Jonathan Djanogly revealed yesterday before the transport select committee, the MoJ has gone back to using the regulators to enforce the ban (which, in fairness, was the initial indication in the wake of the announcement of the ban, before Messrs Clarke and Straw stepped in).

The problem is that, as far as I can tell, the regulators don’t want it, which is why they are calling for the ban to be in the form of a criminal offence.

While they will have greater leeway to cut through complex arrangements, the regulators know this is still going to be fiendishly difficult work. More to the point, they will have to take the responsibility if observers consider the ban is being flouted. Much better to make it a criminal offence and let fingers point at the government and prosecutors when it goes wrong. Basically, nobody wants the blame when the ban proves impossible to enforce.

I was also intrigued by Mr Djanogly’s enthusiasm for claims management companies (CMCs) becoming alternative business structures on the basis that they will then be subject to the regulation of the Solicitors Regulation Authority (the implication clearly being that it is more rigorous than the current claims management regulation scheme, which is run from the MoJ, lest we forget – indeed, this is the only sector regulated directly by central government).

One assumes he was referring particularly to CMCs’ marketing practices. If so, this overlooks the pretty stringent restrictions that already exist in the CMC regulatory regime, most notably that “where business is introduced to a solicitor, the business must not act in a way that puts the solicitor in breach of the rules governing solicitors’ conduct”. On the other side of the arrangement, solicitors need to be sure that the CMCs they use do not breach the Solicitors Code of Conduct, especially around publicity.

On this basis, how much more would direct regulation by the SRA add? Or might this actually suggest that the claims management regulator – while undoubtedly successful in driving out the worst excesses of the market and improving compliance – is not sufficiently equipped to police the sector to the level provided for by the rules? It has done much good work, but I have always been a little sceptical that CMCs’ regulatory regime is quite strong enough.

It is worth also mentioning Mr Djanogly’s difficulties with his private financial interests, with a series of Guardian articles over a financial stake in the insurance industry (various steps have now been taken to correct this). To me the allegations look worse than they really are – what this essentially appears to be is a classic manoeuvre of playing the man, not the ball. He is making plenty of enemies with the Legal Aid, Sentencing and Punishment of Offenders Bill.

Mr Djanogly’s line of defence before the select committee was that the ban will be bad for insurers, by both reducing their direct income from referral fees and then in time reducing their premium income. This is fair enough, but given that he also hopes to see fewer claims in the system by reducing the amount of money in it, the minister ignores the cost savings that insurers will reap on the other side of the balance sheet. But it will be very interesting to hold AXA chief executive Paul Evans to his “promise” that premiums will go down once the ban is in place.

Finally, as I flagged up when the ban was announced, the process of cutting lawyers’ fees payable under the RTA portal will now begin, while the longer-term battle over the validity of whiplash claims in low-speed accidents is in full swing too (reduce the fees and then reduce the number of claims is the clear strategy). Hence my continuing confusion as to why the Law Society so stridently backs a ban.

Mr Djanogly was being somewhat understated when he described reaching a deal over fees as “not straightforward”, and those at the Civil Justice Council who will undoubtedly be tasked with brokering the revised levels – which was hard enough the first time around – are no doubt putting in their orders for flak jackets as I write.

CJC mediations have in the past been described as a process of metaphorically holding the parties over the edge of a tall building by their ankles. This time, the mediators may actually have to resort to that.