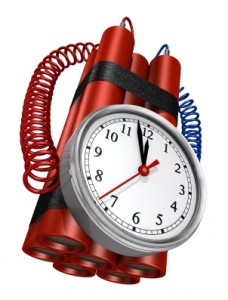 Ticking bomb: are ABSs a conflicts nightmare waiting to happen?

Third-party capture (if you are a claimant personal injury lawyer) or third-party assistance (if you are an insurance company) is a hugely emotive issue. It involves the insurer of a party in a road traffic accident contacting a third-party claimant directly and seeking to settle their claim quickly and without the involvement of a lawyer. This is not the place to debate the rights and wrongs of the practice, which I wrote about recently in my weekly column for the Guardian’s law website (click here).

Insurers produce statistics they say prove that third parties contacted directly receive no less compensation than they do when advised by solicitors. By contrast, I have yet to meet a claimant solicitor who does not have a story to tell about a client walking into their office with an offer on the table from an insurer that is far lower than the injury is worth. Either way, it seems fair to suggest that third-party capture/assistance at least raises troubling issues, particularly around conflicts of interest.

To whom does the insurer owe its primary duty? To the third party? To the policyholder? To shareholders? How does it balance these three? And more to the point, what does it tell us about the suitability of insurance companies to become alternative business structures (ABSs), a move widely predicted?

For all the talk of commoditisation, clients are not tins of beans and advising them over an injury, say, is not an entirely impersonal, mechanistic operation. Further, there is (sometimes) a degree of co-operation and understanding among opposing lawyers that could be lost in the event of it becoming such. Will companies, understandably looking at their ABS as a part of the business rather than as a law firm, fully appreciate the importance of having staff who are officers of the court, or give undertakings? There will be a great deal of pressure on the nominated Head of Legal Practice – which every ABS will be required to have – to ensure that they do and to resist any inappropriate commercial pressures. What should they do, for example, if the chief executive refuses to provide the resources the HoLP thinks are needed to deliver a proper service?

Of course, it is not as if law firms do not currently face difficult decisions arising from commercial pressures, and these are not necessarily insurmountable problems for ABSs – when it floated in Australia, claimant personal injury firm Slater & Gordon stated explicitly in its prospectus that its primary duty was to the court, then its clients and then its shareholders. While this came to the ABS table from the legal, rather than business, world, as others have observed, it will also not be in the interests of companies with reputations to protect to skimp on their legal operations.

But third-party capture/assistance shows there are shades of grey that only go to highlight how difficult some ABSs may prove to run. Though the need for law firms to operate in a more commercial manner is widely accepted, might in time the debate come to be whether non-lawyer owned ABSs should operate in a more lawyerly manner?