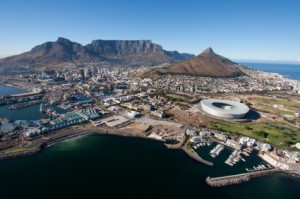 South Africa: data loss will not discourage businesses from outsourcing

With January running out, it really is time to stop doing 2011 lists, so here is the last instalment of themes I expect to pervade Legal Futures’ coverage during this year. The first two can be found here and here.

Legal services and the web

The intertwining of the law and the Internet will only continue apace. The work of Legal Futures Associate Epoq in enabling a host of institutions, and now an increasing number of law firms, to deliver automated document assembly online is now well known, but what other models might develop?

We reported recently on online legal Q&A services – but they are static in that you send a question and a few hours or days later you get a reply from a lawyer. Where are the legal chatrooms, where a lawyer and client can converse in real time, or webcam-based advice services? The only limit is the imagination – I suspect the technology is largely there to do what innovative lawyers need it to do. Witness the outsourced online trade mark registration service announced this week.

Other issues under this heading include the ever-growing number of web-based “find a lawyer” services (although they do seem to come and go at quite a rate). How far will comparison sites go? When will we see the first libel case from a lawyer because a website decided he should be given two starts out of five?

It is a shame that the Legal Services Consumer Panel had to put its plan to introduce best practice standards for such sites had to go on the back-burner because of the resources it had to direct to the will-writer regulation project.

The variety of models for outsourcing back office and legal work is already vast – onshore, offshore, in-house, external – and the question I have been posing to all the people in the industry I have met over the last couple of months is whether anything can stop the seemingly remorseless rise of outsourcing.

By and large the response has been an emphatic “No”. The Financial Services Authority may have fined Zurich Insurance last year for failing to have adequate systems and controls in place to prevent the loss of customers’ confidential information by an outsourced provider in South Africa, but is that going to deter anyone from outsourcing? No, it’ll just focus their minds on the controls they need in place.

But then legal work is slightly different because of confidentiality concerns, and the larger City firms in particular are clearly a bit nervous about quality issues. So maybe Herbert Smith pointed the way to a halfway house late last year when it opened its own document centre in Belfast – cheaper but still totally under its control.

The likely reforms to civil costs arising out of the Jackson report and subsequent government green paper will change the economics of litigation and force practices to take a long, hard look at the way they do business. Firms may find themselves competing over the level of success fee they charge (although many assume it will quickly fall to zero in fast-track personal injury), while the introduction of contingency fees and more widespread use of third-party funding could change the dynamics of litigation practice substantially.

Indeed, the interaction between all this and alternative business structures (a funder owning a law firm?) will be fascinating. Legal expenses insurer DAS has long been public with its intention to buy up Bristol firm CW Law when allowed.

So that’s it. The nine themes I have picked do not constitute a definitive list but do show the breadth of the challenge facing the profession. There are difficult yet potentially exciting decisions ahead for many but it is at least a great time to be watching and reporting on this.