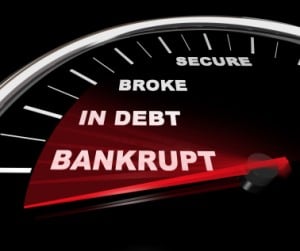 Duty to report: will solicitors feel confident to reveal their money troubles to the SRA?

Last week I highlighted alternative business structures, the Legal Services Board and diversity as three of the key themes I expect to pervade Legal Futures‘ coverage of the market in 2011. Here are three more, again in no particular order:

It’s all been pretty quiet since LeO went live in October – even news of its first formal decision went largely unnoticed in the general legal press, although releasing it the day before Christmas wasn’t the brightest idea – but I wouldn’t be surprised if we start hearing grumblings about the service as the year goes on and more and more lawyers have experience of it.

This is inevitable – as chief ombudsman Adam Sampson himself recognised recently: “We are a start-up. We will make mistakes. We, like the lawyers we are here to work with, need to be humble enough to recognise that and use the feedback to help us improve.”

I would expect lawyers to be surprised by the breadth of LeO’s jurisdiction – both who can complain and how LeO will not be afraid to get into issues that are more about negligence than service – and to argue that LeO caseworkers “don’t understand what it’s like on the frontline” (one you always heard with the Legal Complaints Service).

Should LeO decide to name and shame lawyers against whom it has upheld complaints, then the focus on the quality of its decisions will obviously become much sharper.

The Solicitors Regulation Authority’s blueprint for indemnity reform is almost certain to be adopted, meaning that this October could see some interesting deals done. Will insurers who have complained about the common renewal date look to offer cover for, say, 15 or 18 months so that some firms’ next renewal comes up at a different point in the year, spreading the work?

And if last year was hard for some conveyancing firms, the proposal to exclude financial institutions like lenders from the requirement for compulsory insurance could make 2011 nightmarish. Lenders will obviously require solicitors to take out cover anyway and could set it at a level that will make it impossible for small firms. Will this be the time that lenders finally control the conveyancing market? Might that in turn mean the time for title insurance has finally arrived as an alternative to indemnity? I will look at this issue in a future blog.

It says much about the response level to SRA consultations that the 83 it received on the first paper outlining the new regulatory regime was pretty good. Despite the SRA’s roadshows and so on (and I do think they could have been more creative in spreading the message), the fact is that large swathes of the solicitors’ profession remain largely unaware of what is coming their way from 6 October: a new, less prescriptive way of being regulated, and a whole new rulebook. They really should be engaging with it now.

OFR is risky from many angles, primarily whether the SRA itself can change enough to build trust with the profession that it is there to help, not point the finger (especially with the new duty to report financial problems to the regulator), and also how solicitors will respond to the greater freedom in ensuring compliance. And very few firms have got to grips with the issues that surround the requirement for compliance officers and the personal responsibility that attaches to those roles.