The tangled web of referral fees 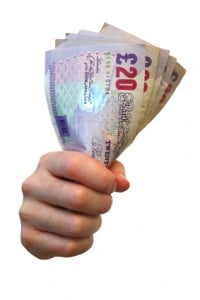 Referral fees: government is trying to reduce the money in the system

The furore over referral fees has come out of nowhere. In the past three weeks, the Sunday Times, the Daily Mail, the Sunday Telegraph and, this week, The Times with the help of Jack Straw, have all climbed into the trade in claims.

There has been an increasing focus on the role of insurance companies – referral fees’ most vehement critic – in actually fuelling them, which has certainly put the industry on the spot. The “if we don’t do it, everyone else will” argument put forward by the Association of British Insurers is not exactly an attractive one. I blogged recently on the conflict referral fees cause insurers that has now been so publicly exposed.

This was recognised at the costs conference for defendants organised earlier this month by Jaggards and Taylor Rose Solicitors, where one insurer raised the question of whether the industry should take a unilateral stand against referral fees, despite the financial hit it would cause. This has now happened with AXA’s announcement yesterday, but it would have been somewhat more powerful had it acted before Mr Straw raised such a public storm.

The scrutiny also has the potential to make life more uncomfortable still for insurers if the focus switches to what they get up to with third-party capture (and the people they pay to do that for them), which really would be an own goal.

But the fact is that none of the “revelations” of recent weeks has come as a surprise to those of us who have watched the market since the Law Society lifted the ban on referral fees in 2004. Having heard Mr Djanogly at the Jaggards conference and again on Radio 4 yesterday, there is no sign that the government will act quickly on referral fees. The focus instead is on using the Jackson reforms to reduce the amount of money in the system that can be paid as a referral fee. This may not eliminate referral fees but could reset them to a level deemed more palatable.

This publicity could, however, make the government more hardline about any concessions offered on the Jackson reforms during the progress of the Legal Aid, Sentencing and Punishment of Offenders Bill through Parliament, which has its second reading today.

But it will have some explaining to do. On the radio, Mr Djanogly talked about how under the current system the claimant is at no risk of paying anything even if they lose, which encourages people to sue (“the mechanics of the compensation culture”, he called it). Well, under qualified one-way costs-shifting in personal injury cases, the vast majority of claimants will still be at no risk of paying anything if they lose, so there’s not much gain there.

It is accepted that marketing costs are a reasonable element of legal fees, and the question to which we don’t know the answer is whether law firms would spend the same on more traditional marketing as they do now on referral fees if the latter were not an option.

The head of one large firm that does both personal injury and conveyancing (let us not forget that referral fees are not purely a PI phenomenon) told me this week that they probably wouldn’t spend quite as much, but then the outcome of advertising in the Yellow Pages and so on is far less certain than paying for a specific case that you know is a runner, so it’s worth paying out a bit more.

I have written before about the practical difficulties of a ban, which Mr Djanogly tacitly admitted on the radio. These include the advent of alternative business structures, which would allow a claims company to do the whole case from capture to settlement with no referral fee in sight – which may also help claims managers to avoid the heavier regulation that may be coming their way on the back of the sustained assault on their role in all of this, most recently from the health select committee yesterday.

In finding there is no regulatory case for a ban on referral fees, the Legal Services Board last month left it open to the government to decide there is nonetheless a public policy justification. The door has certainly been opened, and I’m sure they’re tempted to walk through, but just now ministers seem to be resisting the urge. The question is whether that will continue as the bill wends its way through Parliament and if the current welter of criticism stays the course.