The scandal that isn’t 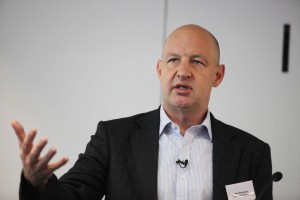 Adam Sampson speaking at a Legal Futures conference in 2011

As soon as you see the word ‘expenses’, you think of duck houses and parliamentarians cooling their heels at Her Majesty’s pleasure. So when you read on this website yesterday that Adam Sampson had resigned as Chief Legal Ombudsman because of issues around his travel expenses, you might have been tempted to assume he was ‘at it’ as well.

From everything I learned to write the story and since confirmed with various people familiar with the situation, this would be wrong.

Mr Sampson appears guilty, at most, of having an irregular arrangement – albeit one signed off by his boss, Elizabeth France, and shared with others inside the organisation.

It was an arrangement that, if anything, saved the profession money. Mr Sampson’s personal situation was no secret to those who knew him, nor were his efforts to use trains at unsociable hours to keep fares low.

But in these days where people in positions such as his need to be seen as whiter than white, that has been enough to do for him. At most, though, this is a splodge of grey. As one very senior legal regulator said to me, had this happened in a private company, he may have been hauled over the coals by the audit committee and told to sort it out, but then everyone would have moved on.

And before we let hindsight suggest that the express approval of the Ministry of Justice should have been sought, it is important to remember that the National Audit Office had signed off the Legal Ombudsman’s (LeO) accounts for the past four years. Nothing has changed between then and now, from what I can tell.

There is a caveat – I haven’t seen what the National Audit Office is going to say, I haven’t been told anything by the Ministry of Justice beyond a brief statement about the decision to suspend him as LeO’s accounting officer, and I haven’t seen the Simmons & Simmons report that apparently clears Mr Sampson of any wrongdoing.

But as things stand I have no reason to believe that any of these will change the core point, which is that this is not a story of someone fiddling their expenses. No scandal here. If and when any of the information I just listed become public, we can re-evaluate if needed.

So what have we lost with Mr Sampson’s departure? Creation of the Legal Ombudsman has probably been the least controversial element of the Legal Services Act reforms. That’s not to say it has been without controversy on a range of issues, such as expanding its jurisdiction, publishing complaints data, its approach to case fees, and the high unit cost of resolving each complaint.

But compared to the headlines generated by the Legal Services Board and other regulators, and by the introduction of alternative business structures, it has all been pretty calm.

It is true that LeO has never received the number of complaints it was initially set up to handle, which was based on the experience of the bodies that came before it. That could be because of the stricter rules around lawyers having to try and resolve complaints first. And there have been times when it has looked like it is trying to drum up business. But equally LeO has adapted by shedding staff – the headcount has fallen from around 350 when it started off to 230 today.

Mr Sampson and Ms France can take a lot of the credit for all of this. Creating LeO from scratch was not an easy task, and the relative smoothness with which it has been achieved means there is a lot of credit to go around.

It is equally true to say that Mr Sampson could rub people up the wrong way and there will be some quite happy to see the back of him.

Frankly it has been an open secret for some time that he was looking to move on, having set LeO firmly on its course. I suspect he wants something with a higher profile, as he does enjoy the limelight. That he finds it now for the wrong reason will grieve him deeply. The word ‘expenses’ may be involved, but as things stand he should move on without that stain on his character.