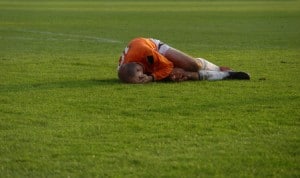 It is no great secret that the Solicitors Regulation Authority (SRA) sees its role in enforcing the government’s ban on referral fees in personal injury (PI) as a hospital pass. It would much rather that paying or receiving a referral fee be made a criminal offence and taken out of its hands.

After all, the SRA (in its previous guise as part of the Law Society) has been down this road before and it wasn’t a happy experience. As the discussion paper published yesterday notes, albeit with some understatement, “the experience of referral arrangements before the ban was lifted in 2004 was that some people and businesses would go to great lengths to justify their arrangements and a considerable amount of investigation was needed to get to the bottom of them”.

This wasn’t the sole reason the Law Society lifted the ban on referral fees – pressure from the Office of Fair Trading was the driving force – but an argument made at the time by those PI lawyers who reluctantly supported the decision was that it was happening underground anyway and it was better to have it all out in the open.

And even when the courts found that the so-called “investigation fees” paid by solicitors to both The Accident Group and the old Claims Direct were in fact illegal referral fees, nothing much happened from a regulatory point of view. I don’t recall the Law Society taking action against the hundreds of firms that had been paying them, or even how much it checked that firms had repaid those fees to their clients, as it advised them to do.

But we are back here again. The SRA says it should be straightforward to determine whether there is a referral and whether there is a payment, as these both are effectively defined in the Legal Aid, Sentencing and Punishment of Offenders Act 2012.

The problem arises in section 57(8), which says the SRA can produce rules that “may provide for the payment to be treated as a referral fee unless the regulated person shows that the payment was made (a) as consideration for the provision of services, or (b) for another reason, and not as a referral fee”.

So, is the payment actually for the referral? This, says the SRA, is the big problem. It takes us back 10 years to when solicitors were purporting to paying claims management companies (CMCs) for various services – such as accident investigation – rather than for the work that had been passed over. Just calling it something different obviously won’t be enough, but those operating in this market are pretty resourceful types, shall we say.

In perhaps a last, desperate cry of anguish to the government, the paper says this difficulty with definitions means “it is possible” that the ban will not have the desired effect of discouraging people from making “unnecessary or spurious claims”.

The Ministry of Justice won’t be listening, of course, although it could help the SRA considerably by making use of the power in section 57(9), which says “… a payment that would otherwise be regarded as consideration for the provision of services of any description may be treated as a referral fee if it exceeds the amount specified in relation to services of that description in regulations made by the Lord Chancellor”.

The much-touted solution to this problem is for law firms and CMCs simply to tie up under an alternative business structure (ABS). The SRA says it generally will not stop this, and while some have characterised the option as a way to ‘get around’ the ban, I don’t think it should be seen like that.

In fact, giving evidence to the transport select committee last October, justice minister Jonathan Djanogly welcomed the prospect of such ABSs. From a regulatory point of view “this will be very advantageous”, he said, as they would then be regulated by the SRA. “This would be a very significant movement in favour of consumer protection.”

As I have written before, this is a bit odd as the implication was clearly that SRA regulation is more rigorous than the current claims management regulation scheme, which is run from his department, lest we forget. But then it is surely true, despite the successes of the claims management regulator in driving out the worst excesses of the market and improving compliance.

The success or failure of both the referral fee ban and the ABS regime obviously lies in the SRA’s ability to police them. I don’t sense much faith among solicitors in the SRA at the moment, and so it might need to take a more prescriptive and forceful approach to referral fees than it might otherwise do in the new era of outcomes-focused regulation.