The pros and cons of an early PII renewal offer 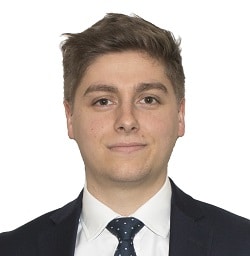 Most solicitors will accept an early renewal offer for professional indemnity insurance (PII) if given the opportunity, rather than go to the open market to find a new policy, according to a survey conducted by Miller of law firms.

An overwhelming 98% of respondents said they were likely to take up a renewal deal – but are they always right to do so?

The benefits of renewing your PII policy early will depend on your law firm’s specific commercial needs, so it is wise to consult with a broker who understands your business before making any decisions.

Some of the incentives for accepting early professional indemnity insurance renewal deals include:

Guaranteed cover: You can rest easy knowing that you have next year’s cover in place long before the hurly-burly of October’s renewal deadline. That cover is guaranteed, even if you have a claim under your existing policy before your new cover begins.

Streamlined process: You’ll escape the laborious task of filling in proposal forms, which for smaller firms can actually mean saving money if you have to put chargeable work to one side while you complete insurance paperwork.

But it is important to note that you still have a legal duty, under the Insurance Act 2015, to disclose any important information before the new policy is issued, otherwise the insurer might dispute a claim or even cancel your cover.

Transparency on cost: Another big plus is that, by accepting an early renewal for PII, you know long before your new policy starts exactly how much you will pay and what is covered.

Even better, most early renewals will be “as expiry”, meaning you will get the same price and protection even if market conditions have changed.

But although many law firms value the continuity and certainty offered by an early renewal, always be mindful that these might come at a price.

If you automatically roll your PII cover over for another year then you won’t necessarily know whether you’re getting a good deal.

Can you get a better PII deal elsewhere?

Professional indemnity insurers are currently competing for business in a ‘soft’ market, which means you might find more competitive cover with a new provider.

Some law firms that have accepted a series of early renewal offers might not actually have tested the market for several years. Law firms that just one or two years ago might have found it hard to attract many offers of cover, could find that several companies are now eager to insure them.

A good rule of thumb is that, if your current insurer is willing to offer you an early renewal, then that’s an indication your firm is regarded as an attractive risk. In which case, other insurers are likely to be interested in quoting for your business as well.

If you have a good broker, then it should already have checked if the early renewal terms you’re being offered are in line with the market. But it’s always worth asking the question: who benefits most if my law firm accepts an early renewal offer?

It’s important to understand that, although by accepting an insurer’s early renewal offer you avoid having to fill out a proposal form, your law firm is still under an obligation to disclose any material information, such as a change in work split or a jump in fee income.

If your insurer later discovers anything important that affects your coverage, then it could choose to cancel your policy or even refuse to pay a claim.

It’s also worth stressing that the best offer isn’t necessarily the cheapest – it’s the one that’s right for your business.

There will be some law firms that are offered early renewals that remain scarred by the experience of struggling to get insurance at all when the market was in crisis. They find the prospect of being left without any cover far scarier than paying slightly more for their premium.

Even so, only accept an early renewal offer if you’re sure that the price and the terms being offered are in line with what other insurers would propose. If you’re hesitant, then it could be worthwhile finding out the alternatives. You might be surprised.