The politics of will-writing 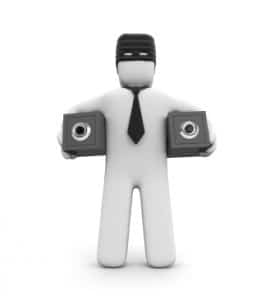 Stop, thief: incidence of estate administration fraud is not great

It’s not like the Legal Services Board (LSB) to spring a surprise, but its announcement last week that it was not going to recommend that estate administration become a reserved legal activity – while pushing ahead with will-writing – certainly was one.

My initial reaction, along with many of those reported on Legal Futures last week, was one of bafflement. Surely of the three elements of the process – will writing, probate and estate administration – it is the latter where the highest risk of fraud occurs and thus where regulation is most needed. Instead the first two will be. (Indeed, LSB chief executive Chris Kenny told reporters at a briefing that were they starting with a clean sheet of paper, probate would not be reserved.)

I understand that it was a real knife-edge decision by the LSB, and on reflection I think I agree with it. There’s no doubt that when something goes wrong with estate administration, it can go catastrophically wrong. But on the LSB’s analysis, the unregulated community among estate administrators is small (4-5% – by contrast around 15% of will-writers are unregulated) and assuming only a (very) small proportion of those people are actually crooks, the risk is, relatively speaking, low.

I have drawn an analogy with my views on the government’s proposals to tackle whiplash claims. There the evidence cited by the government is that fewer than 10% of whiplash claims are fraudulent. Nonetheless, it is proposing to upend the claims process to give insurers a better chance of dealing with those cases. In doing so, a far greater number of people could lose out by being discouraged to bring claims (because they’ll have to do it themselves through the small claims court) or by being undercompensated when dealing directly with insurers without representation.

In my view, the government has not made a strong enough case to do this; it is acting disproportionately given the incidence of fraud.

So, while the analogy is not exact, given the even lower incidence of fraud in estate administration, introducing regulation may be disproportionate here.

Another element that needs to be factored into this is the politics. I was told some time ago that the LSB is nervous about the prospects of getting its recommendation through the Ministry of Justice; the current Lord Chancellor, Chris Grayling, is not a man who likes to increase the burden of regulation, especially given the economic conditions.

Further the government has changed its ‘one in, one out’ rule for new regulations (ie, another regulation has to be abolished) to ‘one in, two out’. Though nobody argues with reducing unnecessary red tape, this seems a totally arbitrary requirement.

Perhaps by just pushing will-writing regulation – which has across-the-board support and already exists in Scotland – the LSB has a better chance of winning approval. Mr Kenny said he wouldn’t like to bet on what Mr Grayling’s decision will be, and I’m told this was not diplomacy in front of journalists, but rather a reflection of his genuine uncertainty.

Assuming the recommendation is approved, politics will then start coming into play among the various regulators that will jockey for position as will-writers’ regulator of choice. As I reported last week, the Chartered Institute of Legal Executives and Council for Licensed Conveyancers already have their hats in the ring; potentially several more will follow and there will be no doubt be some politicking between the different bodies representing will-writers. One of these is likely to seek a regulatory role, leading to another to suggest last week that we already have enough regulators.

But most interesting, as usual, will be the Solicitors Regulation Authority (SRA). It will need to be designated so that it can regulate solicitor will-writers, but it has previously also expressed a willingness to take on currently unregulated will-writers as well, as part of its desire to be the regulator of choice in the wider legal market (indeed, dare one say, the only regulator in time).

But will the Law Society wear it? It is, lest we forget, formally the approved regulator and will have to approve such a move. In 2008 its members rejected Chancery Lane’s own plans to introduce an ‘affiliate’ category for non-solicitors, fearing that the brand would be diluted.

Though in the intervening period attitudes to non-lawyers have changed – non-lawyer partners are de rigeur in the post-Legal Services Act world – I can foresee solicitors not liking the prospect of will-writers being granted some kind of equivalence to their own status by sharing a regulator.

A Law Society spokeswoman would go no further than to say: “We would want to study proposals from the SRA very carefully. This would be a decision for council to consider.”

The final, and perhaps in the long run most important, point to make about will-writing is that this marks the start of a fundamental shift in the nature of legal regulation: activity based regulation. The ability to do the job will not be dictated by the title you hold, such as solicitor or barrister, but by a regulator deeming you competent.

This does not mean titles will be unimportant – they would still act as a marker to potential clients – but the right to practise will be separated from them. The solicitor who has specialised for 20 years in complex international banking matters currently has the right to conduct domestic conveyancing, but is he really competent to do it?

It is a theme we can expect to come out of the Legal Education and Training Review – whenever it finally reports (seven weeks late and counting) – and also explains why the LSB will not passport the SRA into becoming a will-writing regulator. It is not enough to show that it is a generally competent regulator; it will have to prove that it has considered and then addressed the specific risks raised by will-writing.

The LSB’s decision on will-writing may seem like one small step for the protection of the consumer, but it could result in one giant leap in legal regulation.