The pitfalls of professional negligence claims 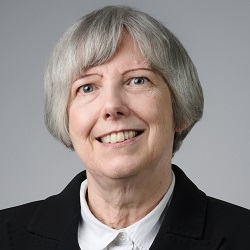 Before embarking on litigation, a cost/benefit analysis is invariably necessary. The merits of a claim may, in principle, be strong.

But does that in itself warrant litigating? Conversely, from a defendant’s point of view, how might a claim, whether threatened or already on foot, be neutralised – or at least reduced in value?

Focusing on claims for professional negligence, this article considers how arguments about scope of duty and limitation (taking as examples three recent Supreme Court decisions) could mean a claim is worth less than expected or nothing at all before going on to look – with particular reference to the pensions field – at some ways in which, even if a claim is basically good, contractual provisions could still operate to cut it down.

Manchester Building Society v Grant Thornton concerned the scope of the defendant auditor’s duty of care when it negligently advised the claimant society that it could apply hedge accounting to its accounts.

When it was discovered that this was not in fact permissible, the society was obliged to terminate a series of long-term interest rate swap contracts it had entered as a means of hedging its borrowing costs, in the process suffering losses of some £33m.

Contrary to both courts below, the Supreme Court held that the society’s losses were within the scope of the auditor’s duty of care and, therefore, recoverable.

Its reasoning focused on the purpose of the auditor’s advice. The risk that hedge accounting was not permissible was precisely the risk that the auditor owed the society a duty to guard against – the loss suffered by the society in terminating the swaps represented the fruition of that risk.

By contrast, in Khan v Meadows (decided with Manchester Building Society by the same panel of the Supreme Court), the liability of a doctor who had negligently advised the claimant that she did not carry the haemophilia gene extended only to the costs of the haemophilia suffered by the baby to which the claimant subsequently gave birth, not additionally to the child’s autism.

Importantly, the scope of duty question is not the same as factual causation. An act or omission may have caused loss on a “but for” basis (as did the doctor’s advice in Khan, absent which the claimant would have terminated her pregnancy). Unless it falls within the scope of the defendant’s duty, however, it will provide no basis for a claim. 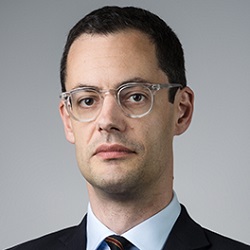 Limitation generates other well-known traps for the unwary, as also recently highlighted by the Supreme Court. Matthew v Sedman was a case about midnight deadlines: when a cause of action begins at the stroke of midnight, is the immediately following day to be included when calculating the applicable limitation period?

The Supreme Court unanimously held that it was. The general rule that the day a cause of action accrues is excluded for purposes of limitation (so preventing statutory time periods being fractionally reduced by parts of a day) does not apply: notwithstanding any scintilla temporis that may theoretically be said to exist immediately before or after midnight, the following day remains complete and undivided.

The result in Sedman was that the claimant trustees’ claim in negligence against their predecessors was out of time – and hence, in effect, worth nothing.

And what about contractual provisions?

In the first place, there may be terms bearing on the amount of the recoverable loss. Perhaps most obviously, there may be a limitation of liability clause. If your client is a contracting party, the clause is prima facie valid (unless your client is a consumer and can contend that the term is unfair under the provisions of schedule 2 to the Consumer Rights Act 2015).

If, on the other hand, your client is a third party bringing a claim based in tort, prima facie their position will be unaffected.

There have, however, been judicial suggestions that that may not always be the case (see, for example, the observations of Lord Justice Goff in Leigh & Sillivan v Aliakmon and of Sir Donald Nicholls in the Court of Appeal in White v Jones and Lord Goff of Chieveley (as Robert Goff LJ had become) in the House of Lords).

In the pensions context, it might seem anomalous that benefit consultants or actuaries who had contracted to advise scheme trustees and negotiated a limitation of liability clause should be exposed to a claim in tort by the employer in respect of which that clause could not be relied on.

Another approach sometimes taken by providers of professional services is to seek to exclude liability to third parties by either a contractual term, perhaps further supported by terms making the advice confidential, or a notice given to the third party, for example on any document or presentation which is likely to be shared with or seen by a third party.

In this way, advisers to pension scheme trustees may seek to protect themselves against claims by the employer.

Assuming that the third party is not a consumer, as seems likely in the pensions context, it will be necessary to turn to the Unfair Contract Terms Act 1977. Section 2 provides that such an exclusion must satisfy the requirement of reasonableness in section 11, which will require consideration of the surrounding circumstances. The person seeking to rely on the exclusion has the burden of showing that the requirement of reasonableness is satisfied.

Other techniques for reducing liability are contractual terms excluding liability for indirect or consequential losses, where the question is what the contract means on its true construction, and requiring an indemnity from the contracting party against damages claims by third parties (although in the case of a consumer contract this is again subject to the unfair terms provisions of the Consumer Rights Act 2015).

However, terms of the latter kind can cause difficulties where the contracting party and third party have to some extent a common interest, as is often the case with pension scheme employers and trustees.

Whether any of these potential methods of reducing liability or defeating a claim are available or need to be addressed will necessarily depend on the circumstances of the case. But an awareness of their existence should always be uppermost in an adviser’s mind.