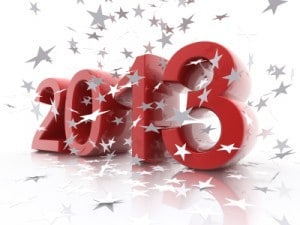 Annus mirabilis: insurers are two years from an ARP-free world

It would be easy, if lazy, journalism to accuse the Solicitors Regulation Authority (SRA) of some kind of u-turn in the way it has changed its approach to professional indemnity insurance (PII) reform. Bodies like the SRA sometimes cannot win – either they plough on and face charges of not listening, or they listen and are then accused of u-turns. Or perhaps of woolly thinking in the first place.

It is not often that consultations lead to such a major shift. So credit to the SRA for changing tack.

Not that the insurance industry is throwing its hat in the air. Insurers want the assigned risks pool (ARP) gone this year, not in 2013. The SRA’s reasoning is that its initial consultation said this was something it would consider for 2012/13 at the earliest and so this was the expectation of the industry.

Why not close it in 2012 then? The SRA rules and qualifying insurers’ agreement need to be reworked to provide for the three-month grace period that firms will have under the new arrangements to secure renewal or close down, with the existing insurer then forced to provide run-off cover.

These changes would have to be in place for this year’s renewal and there was simply not enough time to do it. The SRA says insurers need the opportunity to build into their quotes the possibility that they will have to provide run-off cover.

Given how sick they are of the ARP, it may be that insurers would accept the risks of scrapping it sooner, but one would not expect a regulator to accede to such a wish. The SRA wants what it considers an orderly transition, hence the delay to the end of common renewal as well.

The SRA has at least sweetened the pill a bit by putting the profession directly on the hook for £30m of the ARP’s first £50m in liabilities in 2012/13. Of course, insurers pass on the costs of the ARP to solicitors anyway, but nobody can say the extent to which the market nonetheless subsidises them, if at all. The SRA will hope that this will persuade insurers not to abandon the market.

Lenders are a considerably happier constituency, however, as the SRA has kicked into the long grass the idea of excluding cover for financial institutions from the minimum terms and conditions (MTC) of insurance. Exclusions – and implicit within them the idea of law firms effectively competing on the basis of how extensive their insurance cover is – will not be revisited until 2014, we are told. If anyone remembers.

For years, when there were just 30 or so firms in it, nobody much bothered about the ARP but it has dominated the debate over the past three years or so when 10 times as many firms fell into the safety net. By focusing on sorting out the ARP, the SRA has eschewed more radical reform, but then maybe such reform isn’t needed.

Because just how bad are things anyway? The reality is that the vast majority of firms get cover; I hear stories fairly regularly about firms closing because they cannot afford their premiums but this remains anecdotal. Only now has the premium take for the compulsory layer of insurance returned to the levels seen under the Solicitors Indemnity Fund more than a decade ago and under far more benign economic conditions.

There’s always talk about insurers leaving the market or at least pulling in their horns, and clearly some have done so, usually citing the ARP. This may not be the full story, of course, but it appears that fear of the ARP led to jiggery pokery last year, with some insurers hiding the compulsory layer within larger firms’ cover so as to reduce their exposure to it. The results of the SRA’s investigation into this should be released soon.

Then again, insurers tend to tell the same story of woe every year – margins are lower in solicitors’ work than other areas of PII, the MTC are ridiculously broad and so on – and while undoubtedly there is some truth in all of it, it doesn’t stop most of them coming back for more, as well as someone new swooping in late in the day to keep the market competitive. Insurers do, I feel, overplay their hand.

And so now we begin gearing up for what has unexpectedly become just another renewal season – this usually starts in June/July with dire warnings about the state of the market, how many hundreds of firms will be in the ARP etc etc, most of which never come to pass. As someone who has long reported this guff, I’m as much to blame as those who pump it out. I will try (and probably fail) to resist this year.

So from that perspective, if no other, reform cannot come too soon. Let’s hope the PII silly season will go the same way as the ARP come 2013.