The Leigh Day Letters: Looking for the smoking gun 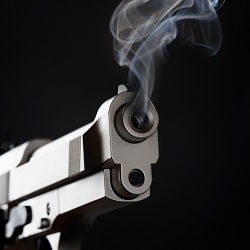 So what to make of the correspondence published yesterday by the Solicitors Regulation Authority (SRA) about its dealings with the government over the Leigh Day case?

First it was a surprise to see it at all; SRA chief executive Paul Philip had appeared adamant that the letters and emails should remain private for fear of impeding its ability to speak to government departments over issues of policy.

But with various Freedom of Information requests flying around, and the government likely to publish itself, the SRA has relented – and in any case these documents were in the bundles before the Solicitors Disciplinary Tribunal (SDT).

Nonetheless, it’s unprecedented for journalists and other bystanders to get access to them, but sadly for those hoping for one, there’s no smoking gun proving government interference with an independent prosecution process. Some people, without any real evidence, nonetheless suspect this.

If anything, the 125 pages – many of which are just repetitive email chains – show both sides careful to talk in generalities about what was going on. The thrust of enquiries from the Ministry of Justice was about process and timelines.

Of course, we don’t know what was said in meetings or the undisclosed correspondence.

The Ministry of Defence had an interest in the case as the complainant; the Ministry of Justice’s (MoJ) involvement seemed more about its role in ensuring an effective legal regulatory regime. While the high profile of the case certainly shone a light on this, I don’t suppose the MoJ is so engaged with other, less political cases.

Two aspects of the correspondence make the reader uneasy. First was the sheer quantity of to-and-fro between the MoJ and the SRA. Even if officials were not putting specific pressure on the regulator, the SRA was under no illusion of just how important the case was to ministers.

Was this appropriate? The quantity is surprising – although in one instance it was because of a question asked of the MoJ in Parliament – but it’s a leap to see this as putting inappropriate pressure on the SRA. The interest of the media, military and others would have left the SRA in no doubt about the scrutiny it was under.

Second was that those issues of policy Mr Philip talked about turned out to be the SRA’s disciplinary reform wish-list.

It has long wanted changes at the SDT – including lowering the standard of proof – and of its own fining powers. Though an issue for the MoJ, the SRA used the case to raise its concerns with then defence secretary Michael Fallon as well as other Conservative MPs interested in the Leigh Day prosecution.

This was not a time to be trying to curry favour with the government, the argument goes.

If the SRA wanted a lower burden of proof to improve the chance of convicting Leigh Day and its lawyers – and there’s no basis for concluding that this was the specific aim here – then it didn’t work. Reform of the SDT is now on the agenda, but of the tribunal’s own motion.

I similarly can’t imagine a ‘Convict Leigh Day and you’ll get your reforms’ backroom deal. Indeed, winning the case on the criminal standard would not have advanced that cause.

Maybe the SRA was overly enthusiastic about the opportunity to press its arguments, but is there evidence that this led it to make inappropriate decisions in the Leigh Day case? No.

So what are we left with? Not a huge amount, in truth. The SRA co-operated with several enquiries from the government for information that was not in the public domain, but was also not confidential or privileged.

Apart from one exchange where it was told that ministers wanted the investigation into Leigh Day’s conduct to be as wide as possible – which it was already and was not exactly an outrageous demand – the correspondence published doesn’t tell us much more than that.

To judge by some comments I’ve seen online – mainly from people who are no fans of the SRA – this co-operation in and of itself went too far and is reason for heads to roll.

I don’t see it like that. Even if the level of contact seems excessive, its content provides no evidence that the prosecution itself was tainted or that the SRA did anything particularly wrong.

Publication of the costs of the case, meanwhile, has thrown a light on the decision to appeal the SDT’s decision – did the SRA spend an extra £972,000 of the profession’s money in a desperate bid to please ministers?

Given that it was an unprecedented majority decision at the tribunal, I imagine the SRA considered it had a decent chance on appeal; we will not, of course, see what advice it received from its lawyers.

What makes people question the decision was the thorough kicking the SRA took in the High Court, which suggested the appeal sprang from unhappiness with the outcome in the SDT rather than any substantive legal complaint.

The SRA doesn’t always win SDT appeals but it usually gets closer than it did on this occasion.

Nowadays people are very quick to see conspiracy where none exists. From the information released yesterday at least, heads should remain on shoulders.