Are we headed for the Legal Services Act 2015? 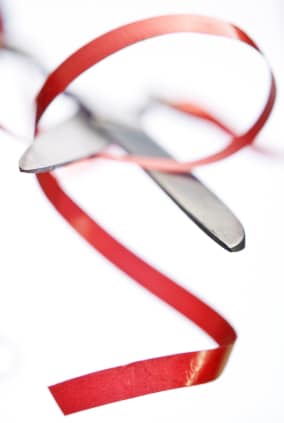 Does legal regulation need a bit more of this?

Yesterday’s announcement that Lord Chancellor Chris Grayling had that will-writing become a reserved legal activity was not a total shock.

I wrote in February that the given Mr Grayling’s anti-regulation agenda and it was encouraging supporters to lobby the Ministry of Justice (MoJ).

If nothing else, those (mainly abroad) who fear that the LSB is too close to the government can rest easy – this is the second significant slap in the face for the LSB after the MoJ in 2011 disregarded its conclusion that the case to ban referral fees was not made out.

They are not the same though. The issue of referral fees is, of course, highly contentious, and the government’s decision was more about politics than the LSB. With will-writing, however, the oversight regulator had built a broad coalition in support of its recommendation and carefully put together the evidence in support.

The reasons given by Mr Grayling for rejecting it are not convincing. He talks first about strengthening existing regulation of authorised persons. Lawyers may bristle at the need for this, but the research did highlight failures on their part and under the LSB’s plans, neither lawyers nor their regulators would have been passported into the new regime for will-writing.

Then he suggests “voluntary regulation schemes and codes of practice for non-authorised providers”. This is where it is particularly hard to understand – we already have voluntary regulation and codes of practice for will-writers (that of the Institute of Professional Willwriters is approved by the Office of Fair Trading, in fact) and yet still the evidence pointed strongly towards the need for compulsory regulation, with the two main trade bodies, the IPW and the Society of Will Writers, both supporting it.

“There could also be greater efforts made to educate consumers on the different types of provider and their respective protections and options for redress, as well as greater use of existing consumer protections,” Mr Grayling continued.

Though the Law Society strongly backed regulation, ironically this call for education instead could put wind in the sails of Chancery Lane’s Wills Quality Scheme – the yet-to-be-launched offspring of the Conveyancing Quality Scheme. The problem for chief executive Des Hudson is that while conveyancers have been driven to join whether they want to or not because of the society’s success in linking membership with staying on lenders’ panels, there is no similar incentive for wills; maybe Mr Grayling has provided some.

As for “greater use of existing consumer protections”, I wonder if that is an oblique reference to bringing will-writers within the voluntary jurisdiction of the Legal Ombudsman – regulation need not mean the full panoply of reservation.

For those who have an eye on making the case for other areas of unreserved legal practice to become regulated, it might be time to give up and find something else to do – if will-writing can’t get the green light, then it is hard to imagine what would.

But there is a bigger picture. I have heard talk recently about a mood at the MoJ for further deregulation, and as I report today, there is substance to this. I have not been able to establish just how radical this could be, although given that it is only a year since the LSB made it through its triennial review unscathed, it is surely too soon to reach the likely end game of an abolished LSB followed by a single regulator for all lawyers.

I don’t know to what extent this work has been motivated by all the complaining, particularly from the Bar, about the LSB. A fresh spotlight on the LSB would no doubt be welcomed by some regulators and professional bodies, especially with the board about to launch its investigation into the cost of regulation – which could prove uncomfortable for those it oversees (such as questions over the element of compulsory practising fees that goes to representative bodies).

I’m told the MoJ has taken some inspiration from the Solicitors Regulation Authority’s red tape challenge and the fact is that all those involved in regulation have complained in recent years about the difficulties of navigating the Legal Services Act 2007. Far from being the deregulatory measure that some categorise it as (they mean liberalisation, which is not the same thing), the Act if anything introduced more regulation. Indeed, one of the reasons the LSB is currently investigating whether all ‘general legal advice’ should be regulated is that will-writing showed that the procedure for doing it area by area is too protracted.

Mr Grayling’s statement talks about simplifying the legal services regulatory landscape and reducing “unnecessary burdens” on the sector, as part of which regulating will-writing will be reconsidered.

Is this just a bone for the disappointed legal lobby or something more substantial?

One simplification that would put will-writing back into the mix is regulating general legal advice, so that consumers need not worry whose door they walk through to know that they will be dealing with a trained professional carrying indemnity cover, access to the ombudsman and the rest.

That consumers assume all providers of legal services offer such protections is a significant problem – and I shan’t hold my breath for a government information campaign on the six current reserved legal activities. (How about: “Need to swear? Do it to a lawyer.” Risks possible misunderstanding though.)

Yet it is hard to marry the reasons for rejecting the LSB’s recommendation with the notion of regulating the currently unregulated. Is a grand plan for a Legal Services Act 2015 being drawn up behind the scenes? I don’t currently have a sense that one is but now the government has opened the door, there will be plenty of people keen to say that it should be.