The future of personal injury – land of opportunity or time to get out? 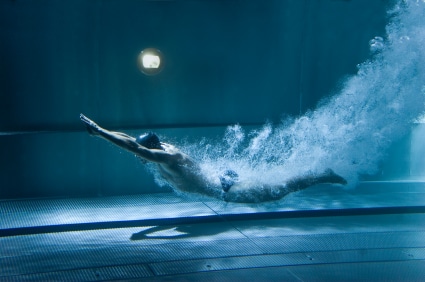 Taking the plunge: it is not a year ahead to tread water

What many personal injury (PI) firms have long feared is finally upon us, and there is no turning back.

Earlier this month justice secretary Chris Grayling confirmed the cut to fixed fees for low-value RTA cases from £1,200 to £500. Of course, the decision to reduce fees by £700 was so well thought through, wasn’t it? The last few months have been reminiscent of the tale of the Emperor’s new clothes. Whilst the majority of realists on the ground have been shouting the obvious problems with the proposed changes, those close to Mr Grayling have ignored the madness of the naked truth.

PI practitioners have seen and faced changes before: Woolf, the scrapping of legal aid for PI, and the extension of legal aid franchising for clinical negligence. We have adapted before and survived.

The difference this time is the scale and breadth of the changes.

The new costs regime will come into force from the end of April. New protocols extending the portal scheme to cases worth up to £25,000 and to public liability and employers’ liability claims will be in force by the end of July. Fixed costs for RTA claims worth up to £25,000 will be £800, and further employer and liability costs will be £900 for lower-value cases and £1,600 for cases up to £25,000. In addition, we are dealing with cost budgeting, damages-based agreements, qualified one-way costs shifting, the abolition of the recoverability and the referral fee ban.

So what does this mean for the future of PI firms?

Over the last few months, there has been a clear ‘fight or flight’ response. Most volume-based specialist PI firms have been implementing changes, and working through various different operating models since the initial Jackson proposals.

The ones that I have been involved with remain steadfast. They will adapt. They will survive. They may look and operate differently, redundancies may be afoot and future profits may be less, but successful PI practices will remain. The ‘fight’ is at their very core. It is the nature of their business after all.

Most obvious has been the desire to increase the number of cases with settlement values above £25,000. For some, this has been looking at the ability of fee-earners to sift higher-value cases, and also to maximise quantum and push cases out of the fast-track.

Other firms have simply had enough. They are looking at options to sell, merge and trade out. What we have seen is the birth of a lively PI retail sector.

The largest project this year was the due diligence for Neil Hudgell’s £1m purchase from QualitySolicitors Lockings in Hull. More recently, we carried out the due diligence for a local suitor of Sheffield law firm Atteys, which announced its intention to appoint administrators in February.

Buyers with cash are available and willing to pay the right price for ‘healthy WIP’. It is clear that WIP values are driven by the quality of the recoverability of the WIP. The historical 20% to 30% WIP valuation approach taken by some does not necessarily reflect the current deal making.

Some banks are active in funding acquisition, where the deal is right and where the bank can be reassured of the recoverability of WIP being purchased (we are working with them too).

Whichever option is top of the list, there is much work to do. It is not a year ahead to tread water.

What is clear is that most firms are taking positive steps to flex, adapt and change, even if this does mean that PI is not a future investing area of their practice. In 12 months’ time, the PI sector will look and feel very different but good lawyers will continue to settle cases for injured claimants in the best way they can.