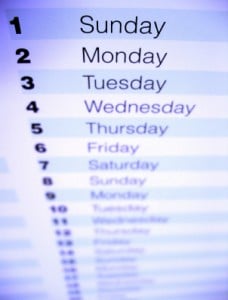 Mark the day: the first ABS should open in exactly a year

Journalists love a good landmark and 6 October is a corker for those of us who get overly excited by legal services reform. By now, the phone would have rung for the first time at the Legal Ombudsman and the first complaint will have entered the system (although LeO is expecting to reject about 80% of calls, mainly on the basis that the lawyer has not been given a chance to resolve the complaint internally).

As I wrote in my Guardian blog yesterday (see here), it is often forgotten that dissatisfaction with the way the Law Society was then handling complaints against solicitors (and since hugely improved, it should be said) was as much of a driver for the Clementi review and the 2007 Legal Services Act as a desire to open up the legal market to new competition. So today is a very significant day in the reform agenda.

More excitingly still, 6 October 2011 will – all things being equal – see the first alternative business structure (ABS) open its doors. In his recent speech at the Law Society (see story), justice minister Jonathan Djanogly gave himself a little wiggle room on the date, pointing out the various procedural hurdles that need to be jumped in the next 12 months, but all the signs are that we remain on the course charted by the Legal Services Board. One of the interesting questions for the next year is whether chairman David Edmonds will be there to see ABSs through – his three-year term is up at the end of April, and although I understand he is keen to continue, it is obviously not within his gift.

And there are plenty of other questions for which we do not yet have any answers. Top of the list is, who will actually become ABSs, aside from the handful we know about, such as the Co-op and DAS? Who will invest in what law firms? For every private equity specialist saying there are investors queuing up, there seems to be another saying that law firms are not very attractive. There is certainly evidence of venture capitalists looking elsewhere in the supply chain, such as legal process outsourcers, for more manageable and scaleable investments.

Indeed, is the rise of outsourcing as inexorable as it seems? Can anything derail it (the big fine handed out to Zurich recently over a failure by an outsourcing provider may give some pause for thought), or will Richard Susskind’s vision of legal tasks being decomposed into their constituent tasks and outsourced come to pass? The more I think about this, the more I see how it has long been happening – what are barristers and law costs draftsmen if not outsourcing providers? – and the easier it is to imagine this approach being pursued more aggressively and systematically.

These and many other issues will be the staple of Legal Futures over the next year. But one other thing has been bothering me of late. Away from the world of legal regulation and deregulation (it’s funny that both seem to be happening simultaneously), I write a lot about litigation costs and funding. This too is a highly political and vibrant area of law to cover, with Lord Young’s review on health and safety/compensation culture likely to be published next week, consultation on implementation of parts of the Jackson report to follow shortly afterwards, and legal aid reform an ever present menace. Though what we know of the Young review indicates that, once the rhetoric is stripped away, it will not actually have much direct impact on personal injury practice, it will nonetheless crank up the pressure on the reform agenda and give greater force to Jackson.

But all these issues are connected and my concern is that I’m not sure if they are being truly looked at and coordinated with that in mind (Lord Justice Jackson barely mentioned ABSs in his 550-page report). If legal aid is cut back, the government will be looking at new forms of funding and innovative ways of delivering legal services to fill the gap. If Jackson is implemented, the business model of many law firms goes out the window and new ways of operating and funding may well be needed. If ABSs do, as has long been feared, come in and cherry pick the most profitable high street work and reduce the cross-subsidy that enables many firms to continue doing legal aid, there will be even more pressure on public funds.

Lawyers sometimes brandish ‘access to justice’ as a shield to protect the current ways in which they operate and make money, but there is a risk that some vital legal services could fall through the gaps that might appear between these various reform agendas. It is for the Ministry of Justice to ensure over the next 12 months that they do not.