The drama taking place under our noses 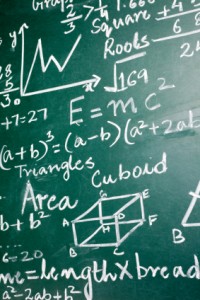 The Law Society, in my experience, is rather good at making things complicated. For evidence, look no further than the new internal governance arrangements which received lukewarm support from the Legal Services Board (LSB) shortly before Christmas.

This may seem like a dry and esoteric issue to most. Virtually everyone, in fact, which is why pretty much nobody else seems to write about or comment on it. They are wrong.

Ensuring the independence of regulation within bodies which also have representative roles is one of the three core elements of the Clementi review/Legal Services Act and has therefore been one of the LSB’s three initial priorities. The others were the creation of the Legal Ombudsman and of the alternative business structure regime.

Notably, internal governance is the only one which it has yet to tick off. This is not just the fault of the Law Society, but it has been the most difficult, rancorous and high profile nut yet to be cracked.

In 2010, in its first annual assessment of the Law Society’s compliance with the LSB’s internal governance rules (IGR), the board found Chancery Lane non-compliant on several grounds, including the complexity of the arrangements.

In the LSB’s assessment of the revised arrangements, published last month, was this sentence: “The SRA in its draft IGR submission to the LSB made it clear that, in its view, many of the risks to independence arising from the complexity of the arrangements between the two organisations had in fact materialised.”

I was amazed when I read that sentence. The risks to the SRA’s independence had actually materialised. Independent regulation was under threat.

The Law Society, it should be said, did not accept the SRA’s view, but the LSB – perhaps surprisingly – decided it need not determine who was right and instead gave the two more time to come up with the new governance arrangements.

This, as I reported in November, they finally did after months of negotiation, and it would appear they are better than what went before. They could finally deliver compliance. The LSB was able to reach this conclusion even though, remarkably, both the Law Society and SRA refused to hand over, respectively, council and board documents relating to the agreement. You wonder just how much provocation the LSB will put up with before taking firmer action.

But the arrangements are still “untested, unimplemented and relatively complex” and so the society cannot be judged fully compliant, said the LSB. Given everything that has happened in recent months, the LSB is now requiring the society to produce monthly reports on how implementation is going.

I have written previously about my growing conviction that the SRA will, in time, be granted full independence, bringing to an end these time-consuming and draining disputes with the Law Society. Some of the money saved by having the two under one roof, sharing services and the like, is no doubt dissipated by all this.

The LSB argues that it is acting in a proportionate manner. I guess the fact that it is exercising as-yet unused statutory powers to put the society on report – to Chancery Lane's displeasure – says something. But I cannot help but wonder if it should not have been bolder in bringing the Law Society into line; if the SRA believes its independence has been threatened, surely it is for the LSB to step in quickly and ensure it doesn’t happen again, rather than tip-toe around like it has in recent months and then accept new rules that may or may not do the job.

The LSB’s assessment finished with a vague warning that if the arrangements do not pass muster when the IGR compliance process is done in 2013, “we will have to consider whether enforcement action would provide an appropriate measure to deliver independent and effective regulation”.

Perhaps it’s just as well nobody is taking much notice of all this. If they were, they might not be very impressed.