The demise of the accountant’s report 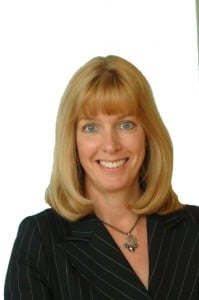 Williams: there is a role for independent accountants, but with a different remit

The Solicitors Regulation Authority (SRA) has started a consultation process into whether to scrap the annual Solicitors Accounts Rules report.

Quite right. We knew this day would come, and that it needed to.

Since the launch of the role of compliance officer for finance and administration (COFA), there has been a requirement for firms to keep a register of breaches and for the COFA to report material breaches to the SRA on a real-time basis. Quite what ‘material’ means has always been a point for debate, but nevertheless, the requirement is there.

So what, actually, is the purpose of the independent accountant coming along some months later and retrospectively reporting on the same things? On the face of it, this does seem rather unnecessary. Or is it?

The reality is that the matters we identify when carrying out our reviews have often not been picked up by the COFA. The COFA must put systems in place to ensure that he or she is made aware of breaches as they arise. However, they need their people to play by the rules and this doesn’t always happen quite as it should.

By contrast, the independent accountant has no such reliance on the people and therefore their report can be valuable in identifying areas which need fixing. If the COFA needs to change behaviours in their firm to enable them to fulfil their role properly, it can help if they can wave our independent report about to add some weight to the importance of the situation.

Let’s be honest here. For the accountants, the abandonment of the report represents a loss of fee income, so naturally, we are not going to be jumping for joy over these proposals. However, I suspect many COFAs won’t be that keen on them either.

Not having an independent accountant’s report may save money, but at what price does the added responsibility for the COFA come? Under the proposals, the COFA will have to make a declaration to the SRA that all is in order with their client accounts. For some, it may be an unwelcome pressure to know that their head is on the block.

However, it is fundamental that client money must be safeguarded. This is part of the COFA’s role and so taking full responsibility for this and signing declarations to this effect is not unreasonable. If a COFA isn’t comfortable with this, then they shouldn’t take the job without changing the firm’s systems to meet SRA requirements.

Looking at this from the SRA’s perspective, yes it has to wade through lots of accountant’s reports, but at least this does give a vital steer towards those firms who may warrant a closer look. Under their new proposals, the SRA would have the right to demand an independent review, but presumably this would only be where it has already identified concerns themselves.

I do firmly believe there is a role for independent accountants, but with a different remit which goes wider than just client money. The SRA is heavily focused on financial stability and firms are failing. Why not get the independent accountants reviewing and reporting on firm’s systems for producing reliable financial forecasts? This might help reduce the amount of time that the SRA is currently spending with so many allegedly ‘high impact’ firms, as well as helping the firms themselves.