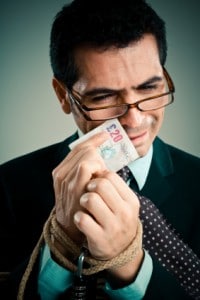 A senior figure in the world of legal regulation yesterday described to me the impending effort to ban referral fees as the Dangerous Fees Act, recalling the infamously half-baked and kneejerk Dangerous Dogs Act 1991.

It had become increasingly clear, since Jack Straw’s intervention in June, that government support for a ban had warmed up significantly. Saying that, justice minister Jonathan Djanogly appeared on the Today programme the day after Mr Straw began his campaign, and observed that “banning anything is not necessarily going to solve the problem. It will find another route”.

Privately, the Ministry of Justice (MoJ) knows this. Announcing a ban is for show and for headlines. It is politics, not policy.

If ministers really want rid of claims management companies, then ban them, not referral fees. But they know they can’t do that, because these businesses will just become alternative business structures and do the whole case themselves, a move that was likely anyway but that this announcement will surely speed up.

Ministers clearly don’t have a philosophical problem with referral fees or they would stop them in conveyancing as well. The Legal Services Board, after all, found no regulatory case for banning them (but nobody should see this as a bloody nose for the board, which explicitly did not consider the public policy arguments). Short of scrapping claims farmers, restricting advertising would be a more effective way of clamping down on the industry.

It is accepted that defining referral fees in such a way as to catch every arrangement an imaginative solicitor or claims manager can dream up is nigh-on impossible. It will stop the upfront referral fee, but there are many ways to skin this particular cat. Indeed, the notes to editors in the MoJ press release begins by saying: “Please note there is no universally recognised definition of ‘referral fees’.” Good luck with trying to find one.

Is a solicitor who outsources to another company all of his personal injury marketing, as well as preliminary work like accident investigation and witness statements, caught by the ban when he pays for those services? Why should a solicitor not be able to do that? Is the government going to ban outsourcing?

The MoJ also recognises that the ban is no silver bullet; it remains focused on reducing the amount of money in the system that allows fat referral fees to be paid, and the announcement frankly offers little hope to campaigners that the Jackson reforms can be derailed.

The language of the government announcement will also make claimant lawyers despair. In explaining how referral fees work, the press release begins: “You have an accident and you are induced through a TV advert or SMS text message to make a ‘no-win, no-fee’ claim.” Implicit in this is the suggestion that a claim should not be brought at all. I’m not here to make the claimant case (my beef is with the ban), but it is hard to understand such a tone. Claims farmers looking to make a quick buck overplay this, but what about access to justice?

And despite all the reports over the last seven years finding there is no compensation culture, those ever-present two words essentially explain what has happened today. It is a moot point whether the perception of a compensation culture is just as bad, because this is simply an argument the claimant lobby is destined to lose, come what may. The idea is now ingrained in the public consciousness, shamelessly encouraged by the government.

There will be many solicitors pleased with this decision, having always found paying for work distasteful. But before they rejoice too much, they should look at what is coming down the road – especially the admittedly small number which have built good PI businesses without paying referral fees. There is no gain to the insurance industry from getting shot of referral fees if fees overall don’t go down; quite the opposite, in fact, as they stand to lose substantial referral fee income of their own. The MoJ has said a ban will mean it will have to look at the level of fixed fees in the RTA portal and the predictable costs scheme for those cases that fall out of the portal.

In its contentious report earlier this week, the Association of British Insurers effectively said that with average referral fees in motor at £800, the £1,200 currently paid for portal cases that settle at stage 2 should fall to £400: “Removing the referral fee element would enable the fixed costs to be significantly reduced – the claimant’s solicitor would receive the same as before, but up to £800 would be saved per case, reducing costs for compensators and ultimately consumers and taxpayers.”

The association also spoke approvingly of Germany, where it said comparable fixed costs are €300 (£265): “It is a system that works efficiently to deliver justice and proper compensation to claimants without adding unnecessary costs.”

One assumes insurers build marketing costs into their prices, so it is hard to see why solicitors should not be allowed to as well. The MoJ says the level of fees will ultimately be a matter of negotiation between the two sides. But I wouldn’t like to be the mediator who tries to broker an agreement on what a reasonable figure for post-ban marketing costs should be. Given how difficult it proved to set the fees first for the predictable costs scheme and then the portal, expect blood on the floor.

Side by side with this is the insurance industry’s assault on the ‘whiplash culture’, which is fast gathering pace too and could reduce the number of claims full stop.

A referral fee ban was the last major recommendation of the Jackson report not taken up. It may now be that the Jackson juggernaut is unstoppable.

8.30am – I have just heard Jonathan Djanogly interviewed on the Today programme and a couple of things stood out. He denied having been cool on a ban when interviewed in June, saying the MoJ was waiting for the Legal Services Board’s recommendations. Well, the board had already reported a month earlier.

Also, I continue to struggle with the argument, made again by Mr Djanogly, that the Jackson reforms will give claimants an interest in the costs being run up by their solicitors and so introduce a brake on speculative claims.

It is true to say they will have an interest in the success fee, although it is widely expected that competition and a desire to keep on advertising that claimants will keep 100% of their damages will rapidly drive success fees in low-value PI cases down to zero. But the introduction of qualified one-way costs-shifting in PI means the vast majority of claimants will still be at no risk of paying the defendant’s costs – they just won’t need to take out after-the-event insurance, which they never paid for anyway.