The consumer credit nightmare rushing up on law firms 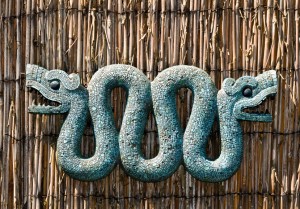 Double headed monster: do you want to be regulated by the SRA and the FCA?

Welcome to the baffling world of consumer credit regulation, where the law of unintended consequences reigns supreme.

Sweeping changes to the consumer credit regime come into force on April Fool’s Day. By all accounts, they aren’t aimed at law firms but only a fool would ignore them.

Why is this suddenly on the agenda?

On 1 April, the OFT goes on the government’s bonfire of quangos and the Financial Conduct Authority (FCA) becomes the new regulator for consumer credit.

The FCA is abandoning the group licence regime, meaning that if you engage consumer credit activities after 1 April, you might need an individual consumer credit licence from the FCA.

So, do law firms engage in consumer credit activities?

You might be caught in the consumer credit net by your fee arrangements and/or the type of work you do.

You’ll be caught by the consumer credit regime if your client is an individual or small partnership and you’re extending credit by contractually deferring your fees.

The first point is generally straightforward; it’s the second issue that causes problems.

Over the past few years, firms have become more creative with their fee arrangements, eg reducing fees for early payment or agreeing fixed fees for payment up-front. We’ve analysed 12 examples of the sorts of fee arrangements that exist within the legal market. Some of these could feasibly involve consumer credit but most don’t satisfy the definition of ‘credit’ in the Consumer Credit Act (CCA) 1974, case law and commentary. Remember, if there’s no credit, there can’t be a consumer credit agreement.

Here’s my tip: avoid consumer credit fee arrangements altogether, not for licencing reasons but because:

The type of work you do

Your work type (rather than your fee arrangements) is much more likely to stray into the territory of regulated consumer credit activities.

Most firms dabble in some sort of work that falls within the CCA 1974 definition of ancillary consumer credit business. You could be caught by the definition because you do debt recovery work or simply because you negotiate with a matrimonial client’s creditor to defer payment of a debt pending the outcome of their divorce.

Just because you do some ancillary consumer credit work, it doesn’t mean you need a licence. There are two ways you might be able to continue this work without a licence:

This last requirement is a potential sticking point. HM Treasury and the FCA interpret ‘incidental’ by reference to the firm’s overall services. The SRA seems to think that any ancillary consumer credit activities must be incidental to the work you do for a particular client.

By way of example, if your firm offers a range of services, including debt recovery:

The Act and associated guidance could support either position, which isn’t very helpful.

Isn’t it simpler to just get a licence?

It’s probably too late now to apply to the OFT for an individual licence and you’ll have to wait for the FCA to unveil its full licencing process. Expect to pay about £1,500 for a licence plus an annual fee to maintain your licence.

Law firms are already heavily regulated by the SRA. Getting an individual consumer credit licence means subjecting your firm to the oversight of a second regulator, the FCA.

Apparently, you’ll still have to comply with SRA rules on the day-to-day conduct of incidental financial services and consumer credit activities, rather than with FCA rules. Try explaining that in your Terms of Business.

I’m not going to sugarcoat this: it’s a criminal offence to engage in consumer credit activities without a licence, if you need one.

The question is whether you need one or can you:

I’m told the consumer credit shake-up is aimed at unscrupulous elements of the pay-day loan industry, not law firms. I’m also told that 8,000 law firms conduct debt work among other services. It’s hard to imagine the FCA wants to become the mainstream consumer credit regulator for these 8,000 firms, which are already heavily regulated by the SRA.

It looks like the FCA is doing its best to interpret CCA 1974 in a broad way, to push the majority of solicitor activities into the EPF regime. Good for them and let’s face it, the FCA is a bigger fish in this pool than the SRA.

So what would I do?

Well, I’d be inclined to follow the FCA’s approach. If my firm:

I’d also be reviewing my fee arrangements to be sure we’re not stepping over the consumer credit agreement line and I’d be looking at the case of Dimond v Lovell to help me understand what credit really is. Plus, I’d be keeping a record of my decision-making process in case I have to justify myself later.

I’d then allow myself a day’s breather before launching myself at the new Consumer Contracts (Information, Cancellation and Additional Charges) Regulations 2013 which come into force in June.

More on that another time.