The challenge for QualitySolicitors 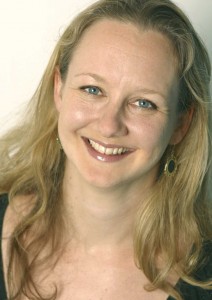 The news that QualitySolicitors (QS) had bought 10,000 TV advertising slots in November was met with disbelief by my marketing director: ‘In one month? Impossible – there’d be no room for the programmes!’

He’s now been vindicated because the TV statistics with which we have been provided show that QS’s November campaign delivered 450 spots and 25.8 million adult equivalent impacts (one impact = one adult watching one advert), with just two of those spots delivering 51% of those impacts (Coronation Street and News at Ten). Overall, since the end of September, when the campaign started, QS has bought 1,384 spots, according to our figures.

Despite this slight overegging of the pudding, the fact that QS is buying any TV slots at all is pretty amazing and brings to mind the comment Labour constitutional affairs minister Bridget Prentice made on publication of the legal services white paper back in 2005. She said she did not see why consumers should not be able to get legal services as easily as they can buy a tin of beans.

As the leader of Which’s campaign for legal services reform, I agreed with her, but the hoo-ha that ensued basically accused Ms Prentice of misunderstanding the nature of legal advice and, by championing alternative business structures, threatening to compromise its quality.

Well, now we are almost there and if QS is teaching us anything, it’s that you can, in fact, package and sell legal services like a tin of beans, or at least some of them. You can walk into a store in a shopping centre and pick up a standard divorce or will. Or, just as you can with Tesco.com, you can buy your divorce or will from an online provider, like Russell Jones & Walker’s Your Legal Rights.

But legal services are different from beans, because while it’s relatively easy to standardise the packaging – and the law firms involved have obviously bought into the power of being part of a recognisable brand – the issue for QualitySolicitors will be whether it can actually deliver a standardised service while not compromising on quality.